- November 24, 2014
This is the second in the Palomino Pony series. The Palomino Pony of the title, Lily, is in foal, so doesn’t do a great deal in the book because Georgia (Gee) can’t ride her. Georgia is, however, given the chance to ride Wilson to try out for the Working Hunter Team Challenge, as his owner is away at university. 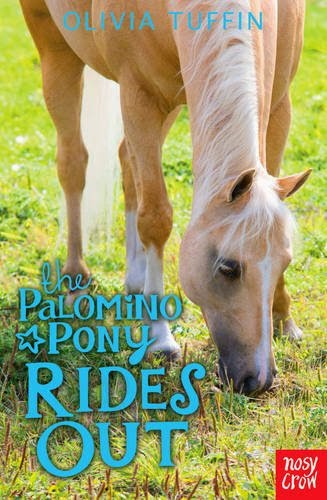 So, there’s plenty of authentic horsy action, and there’s a good wodge of dramatic tension caused by the introduction of a new character, Lexie, the step daughter of Joe, former top show jumper. They have moved into the ritziest of ritzy horsy places, dripping with every possible equine luxury, and shining with that spectacular neatness you can only achieve if you have an awful lot of money. Joe’s utterly determined that Lexie will do well, and so she rides, and she jumps, and she has the best ponies, whether she wants them or not. She is, poor girl, terrified of jumping, and is isolated because of the family’s constant moving about from place to place. She’s looking forward to starting at the local school, because what she wants more than anything is a friend.

The friend she makes is Gee’s great friend, Emma. Gee tries her best not to be jealous, but it’s massively difficult. As Emma starts to spend more and more time with Lexie, Gee doesn’t understand why, and simply feels rejected. All this is interwoven with the Working Hunter Team championships in which both Lexie and Gee are riding, and the progression of Lily’s pregnancy. And there’s sort of romantic interest Dan and the farm and the threat to that too – Dan doesn’t play as much of a part in this story as he did in book one, but thankfully he’s still there, providing some male input.

There aren’t the dramatic chases and thefts of the first book, and I think The Palomino Pony Rides Out is much the better for it. Oliva Tuffin is much happier when writing on a more domestic scale, and when concentrating on the shifting qualities of friendship, which she does very well. That said, I was slightly surprised at the total and utter lack of any mention of Gee’s home life to start with, but half way through the book it’s as if the author’s realised that herself, because Gee’s mama makes a very welcome appearance. It’s a pity we don’t get a more detailed picture of Lexie’s step father too, but the author’s focus is squarely on her teenage characters.

Like the previous book, this I think is aimed squarely at the late primary market, and they will love it. It’s a superior slice of horse with enough to challenge and interest the reader.


Thank you to the publisher for sending me a copy of this book.
Review