- November 18, 2014
Today's PBOTD is a book from a series I covered most of months ago: Follyfoot. Stranger at Follyfoot (1976) is the last of the series, and it changes the dynamics of Follyfoot by sending the Colonel away at the start, leaving Slugger nominally in charge. This creates something of a power vacuum, because being in charge isn't Slugger's forte, and so Dora, Steve and Ron are to some extent jockeying to fill the gap the Captain has left. 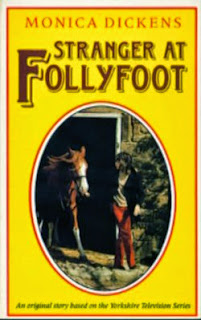 Another element is thrown into the mix when Yaz turns up, complete with a horse. Yaz tells endless, endless stories about who she is and why she's there. At first Dora, whose first instinct is always to believe what she's told, believes Yaz, but eventually she becomes suspicious, and as so often in life, the presence of a negative force has the effect of (thereabouts) uniting everyone else. 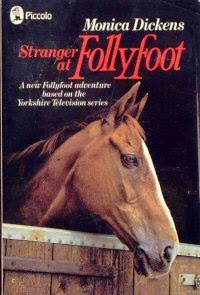 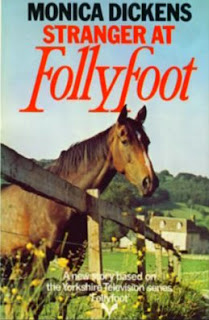 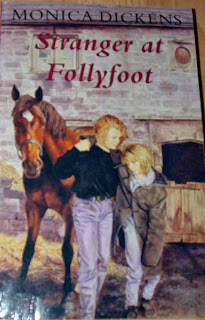