- November 21, 2014
Small Gains, and its sequel Greater Gains, which follows tomorrow are some of K M Peyton's historical novels. I have a particular fondness for this pair of books. They're set at the beginning of the 19th century, in rural Norfolk, and are the story of Clara Garland, her family, and her Norfolk Trotter horses. 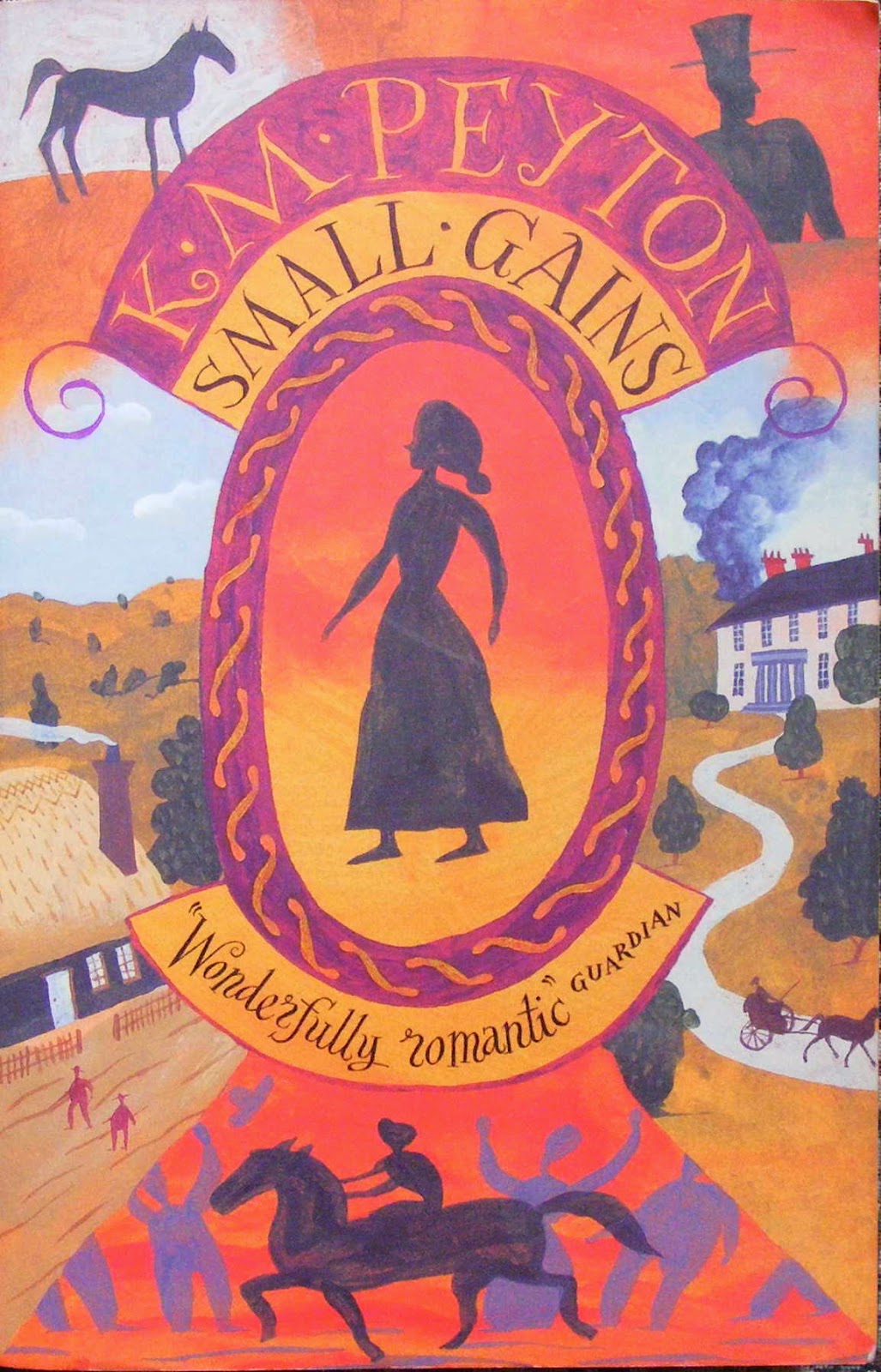 The Norfolk Trotter is sadly a breed that is no longer with us. Here it is in all its glory:

In an era when proper roads were not that common, the Norfolk Trotter (and the other breeds known as Roadsters) were, quite simply, the fastest method of getting around. They were the latter day equivalent of the sports car. Then, a top speed of 16/17 mph, with a horse who could carry a fairly hefty weight all day, was as good as it got. Trotting races were immensely popular at the time, providing the same sort of excitement that Silverstone does now.

As time moved on, it moved without the Norfolk Trotter, but its genes survive in the modern day Hackney. Sadly time has moved on for the Hackney too, and there is no longer much space in the equine world for a horse whose speciality is driving. The Hackney Horse and Pony are on the Rare Breeds Survival Trust critical list, which means there are fewer than 300 breeding females.

In Small Gains, K M Peyton takes you into a rural world where trotting matches were huge social events, and the owner of a successful horse could make a lot of money. Clara's family is up against it, financially, with the nearby Grover family and their ability to make money by ruthless exploitation, providing a dramatic contrast. Nat Grover is the favoured son of the family, and he proves like catnip to Clara, even though she can see his weaknesses.

Clara though is a classically feisty Peyton heroine, and it's through her that the book receives its moral focus. Nothing, as is the way in the best Peyton novels, is straightforward, and Small Gains is an enjoyable exploration of the difficulties of living in a small community.