- November 02, 2014
Today's book features a girl who wants to get to the Maclay finals at the National Horse Show.

I don't think the UK really has an equivalent of the Maclay. To compete, you ride in a series of Equitation classes, and if you qualify, can compete at the USEF Medal and ASPCA Maclay Championships. Equitation classes are a sort of cross between English working hunter classes, in which you're required to jump, and show jumping. The rider's style and abilities are what are judged, as well as how well the course is completed. Unlike English show classes, the horse's conformation isn't judged. 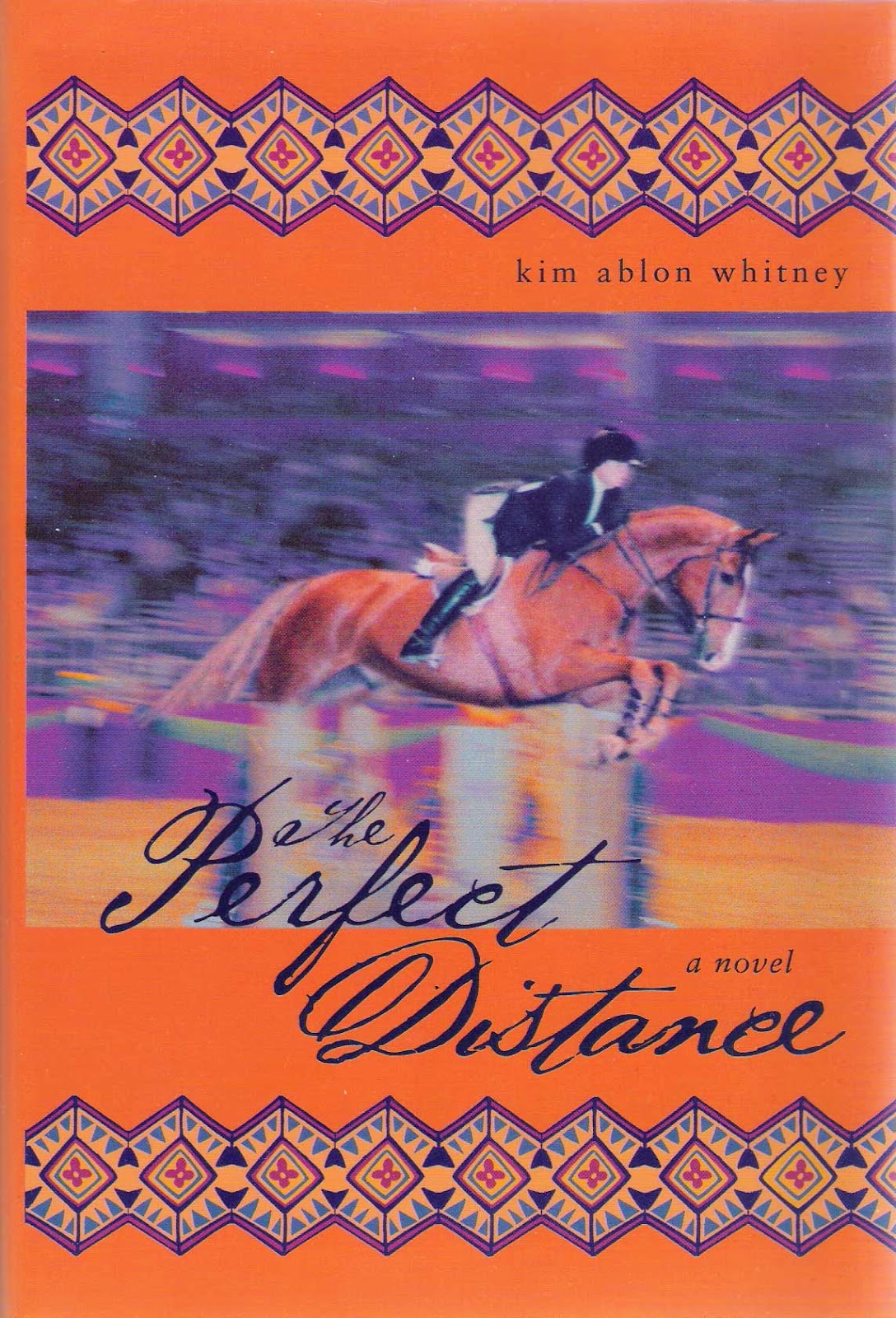 Taking part in equitation classes is aimed at preparing young riders for the technical demands of show jumping, hence the concentration on technique and style. The classes are tremendously popular, and so there's a definite concentration on Equitation classes in American horse stories. Today's PBOTD, The Perfect Distance (2005) is about Francine Martinez, whose equestrian life is on the wrong side of the tracks. Her father works as barn manager at one of the top show stables. Like the other girls who ride there, Francine dreams of winning the Maclay, but it's the last year she'll be eligible to compete (the upper age limit is 17), so the pressure is on.

It's a fine read, and still in print.