- November 05, 2014
What would have been most appropriate for today, of course, bearing in mind it's Bonfire Night here in the UK, would have been using one of the books which feature Christopher Minton and his pony Fireworks. Sadly, the Noel and Henry series has been well and truly covered. However, Josephine has not let me down: there's The Trick Jumpers, published in 1958. Just look at the cover - well, look at the first three. Horses jumping between smoky columns of fire! Danger! Thrills! 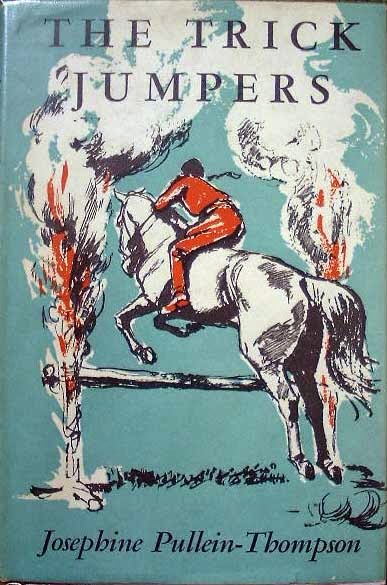 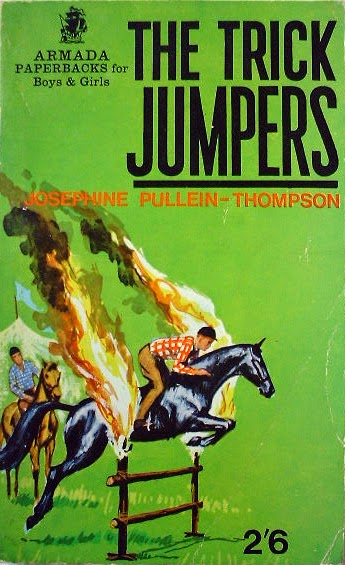 And now look at the last version - an innocent tea table laid for tea. 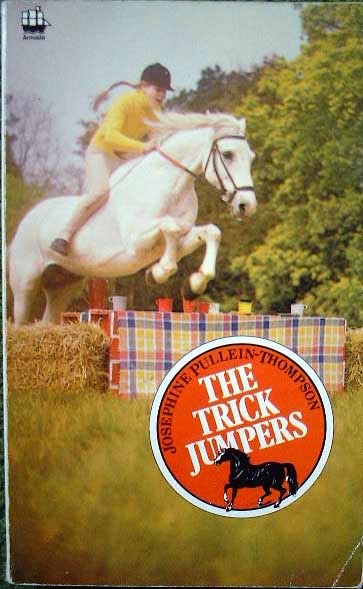 I may being unfair here - and at least the cover does portray an actual scene from the book, something rare in the photographic cover - but by the 1980s, jumping through fire wasn't something health and safety officers would recommend, and that does appear to be reflected in the cover. Mind you, it might well be that no model fancied jumping their pony through actual fire. I know it would have given me pause for thought, had it been my own precious pony.

I doubt that Josephine had any idea that one of her books would fall foul of modern mores in quite the way that this one has. The book is still a good read: there's a fine interplay of characters between the Trelawny and Henderson families. After a very unpromising start, they manage to work together and produce a jumping display.

And if you've always wondered what the families got up to next, there's some episodes from their later history on my forum.