Showing posts from September, 2011
Show All

Am I being completely unreasonable

- September 26, 2011
to use my own version of the Royal Mail's certificate of posting until they have sorted out their punctuation? Reading this: This form must be validated by Post Office Limited, please ensure that it is stamped at the time of posting, without this it will not be valid. makes me just .... rage. Boil. Ferment. My inner pedant has risen up and she is not happy. What is even more depressing is that this form is copyright 2010, so it's been around in this happy state for a while now.
12 comments
Read more

Can hens do agility? 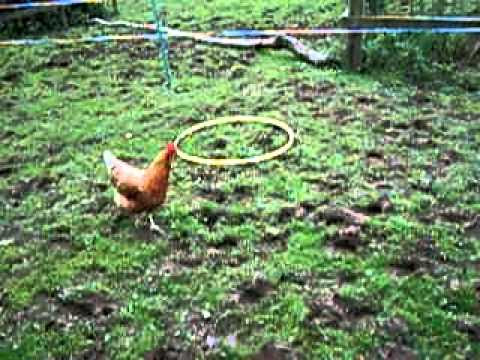 It would appear from this that yes, they can. If there is something in it for them, of course. I like the way Hester has trained her owner.  Hester advances quickly enough not to discourage her owner, but still slowly enough to allow time to dig in to worms along the way. Nicely done, Hester.
1 comment
Read more 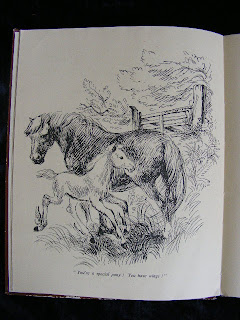 Joan Lamburn's The Mushroom Pony is one of those truly bonkers stories. It's about a foal whose mother has eaten a magic mushroom (yes, really), and as a result the foal can fly. The book was published in the 1940s, so I guess that magic mushroom didn't have quite the connotation that it does now - or perhaps it did, to a select few, and Joan Lambourn was incredibly subversive.  It is impossible for me, at any rate, to read the book without having the alternative meanings hovering about, particularly when I read the dedication: To Alyse... and Harry... Who know how Magic Mushrooms grow Which makes me want to rush out and find them and ask what exactly their familiarity with mind altering substances was. The book is about Pansy, a mare who eats a magic mushroom.  She then has a foal (Joan, whilst subversive, holds to 1940s views on the process of mating: it is simply not mentioned. Pansy has three foals, but there is no mention of any stallion. I did wonder if the
4 comments
Read more 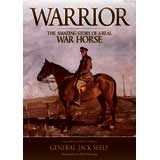 There’s a lot out this month, as publishers get ready for Christmas.  In particular, there’s a lot aimed at the picture book/really young reader market, but to start, here are a couple emphatically not for the infant reader. Warrior: The Amazing Story of a Real War  -  General Jack Seely Racing Post is re- publishing this story of a real war horse, to coincide with the release of the film.  Brough Scott is the editor, and Peter O’Sullevan has written a foreword.  Some of the proceeds will go to Peter Sullevan’s charitable foundation.  £14.00, out on 23rd September. Gamble -  Felix Francis The first solo effort by Felix Francis, who is continuing the Dick Francis brand. Michael Joseph, £18.99. In this one, our hero is no longer able to race because of an accident (sound familiar?) and is staggered when a friend is shot very, very early in the book. Which also sounds familiar: but Felix has a few books under his belt now, and revisiting the same basic plotlines didn’t do his fathe
Post a Comment
Read more 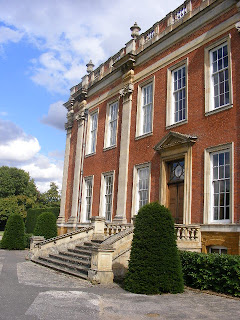 I can't show you, unfortunately, any of the Woolavington collection of sporting art , which lives at Cottesbrooke House. In common with most country houses, the camera is banned.  In addition, you are escorted round the house on a tour, and cannot therefore plonk yourself in front of the Marshalls/Edwards/Munnings and gawp for hours. The tour is frustrating when you are on a mission to cram as much equine art into your brain as you can manage, more so because it is actually very well done, and you are therefore trying not to get distracted by  fascinating FACTS but concentrate on the horses.  (Did you know one room in Cottesbrooke has had the same paint colour for over three centuries? Puts us repainting the kitchen the same colour over the last 12 years into perspective). Still, by dint of only looking very quickly at the porcelain and furniture, I did manage to enlarge my experience of sporting art, which has so far been concentrated on the 20th century, as that's what I&
Post a Comment
Read more

- September 02, 2011
Whilst I might at times live on a financial knife edge, making your living as a bookdealer not being the most financially rewarding of occupations, I am blessed. I am not a tenant farmer in Scotland.  I do not have a landlord. I am not subject to land laws which are not on my side. Just 500 people own half of Scotland. One of those who do not own anything of Scotland whatsoever is tenant farmer Gentle Otter.  She lives in 21st century Scotland, but does not have a water supply that is fit to drink.  When a sample of her water supply was sent to the Netherlands for testing, she was asked if it came from a sewage farm.  Although Gentle Otter has a farmhouse, it is not fit to live in, so she, her husband (recovering from a heart attack) and her three small children, live in a caravan.  The landlord has ignored all pleas to replace the roof, which it is his legal duty to do.  So bad has the house's condition now become that the local council will serve a demolition notice on it. Once
Post a Comment
Read more 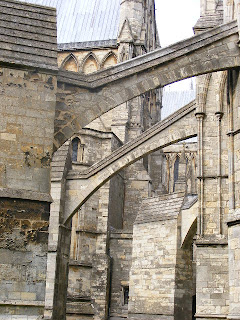 I've been near Lincoln many, many times, and hummed and hawed about whether I could manage a quick dash in before having to be elsewhere.  The call of duty has always won, which I am in retrospect glad about, as Lincoln wouldn't really repay a quick dash.  Other than being vaguely aware it had a cathedral I had no idea of what Lincoln was actually like at all.  It is beautiful. Enchanting. The centre has proved mostly immune to the hide bound brutalism of town planners and architects, unlike its relatively near neighbour Peterborough. Lincoln Cathedral has had numerous major changes in form over the centuries, but a thousand years of change have none of them resulted in concrete or brutalism.  Had the Church of England had control over the planning processes of England over the last century, I wonder what might have resulted.  As I know, obtaining a faculty (planning permission from the church to alter any of its buildings or grounds) is a teeth-grindingly slow process, with s
Post a Comment
Read more
More posts