Showing posts from March, 2016
Show All 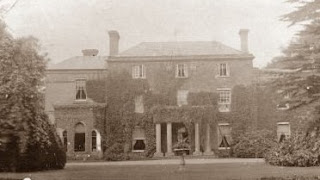 I’m attempting to break what has been a bit of a blogging drought by writing a series about riding schools. If you took Pony Magazine in the 1970s and before, you might remember an occasional feature it did called Round the Riding Schools . The sort of riding school that got itself featured here taught you to ride the right way, with instructors who were the backbone of the British equestrian establishment. Some of the schools featured in the article were very large indeed; others were minute. What many of them have in common, despite their size, is that they no longer exist. As for the esteemed establishment that taught me to ride, I always hoped that it would feature, but it never did. It wasn’t on quite the same level that Pony Magazine establishments were. The instruction was variable to say the least. There was an ex-Army instructor called Ben, who didn’t last long after he made pupils stand on the ponies’ rumps and ride round facing backwards. Even in an earlier, less health
16 comments
Read more
More posts