Showing posts from April, 2015
Show All 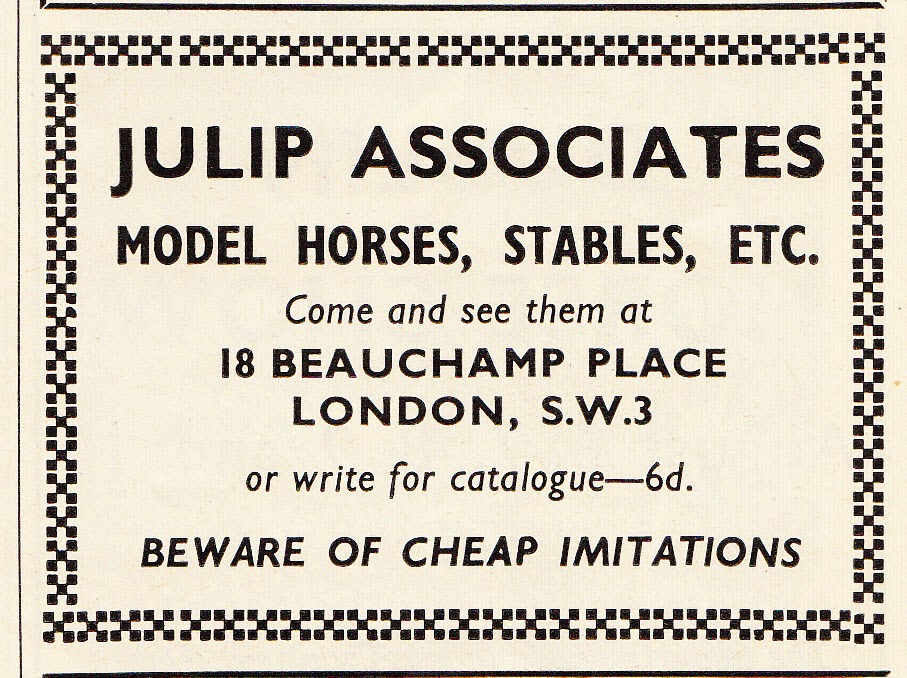 Julip Model Horses had the rubber (or latex) model horse field pretty much to themselves in the 1950s, but by the 1960s competition began to spring up from rival firms Isis, Pegasus and Otway, and Julip appeared thoroughly spooked by the competition. Their advertisements took on a distinctly panicky tone: “Beware of imitations!” they begged. Pony Magazine, April 1963 Otway and Pegasus, as far as I can tell, only lasted a couple of years, but Isis Products provided more sustained competition in the early 1960s. The company’s founder, Margaret Hughes Hartmann (1929–2006) grew up in the docklands of Cardiff. She desperately wanted to be a vet, but money was short, and her older brother’s education ate up what money there was. He eventually became a paediatrician. Margaret trained as a teacher, and then married Cyril Hughes Hartmann, an historian and writer, and contemporary and friend of CS Lewis and Tolkein. Cyril and Margaret’s daughter Carola was born in 1956: she was one of twi
3 comments
Read more 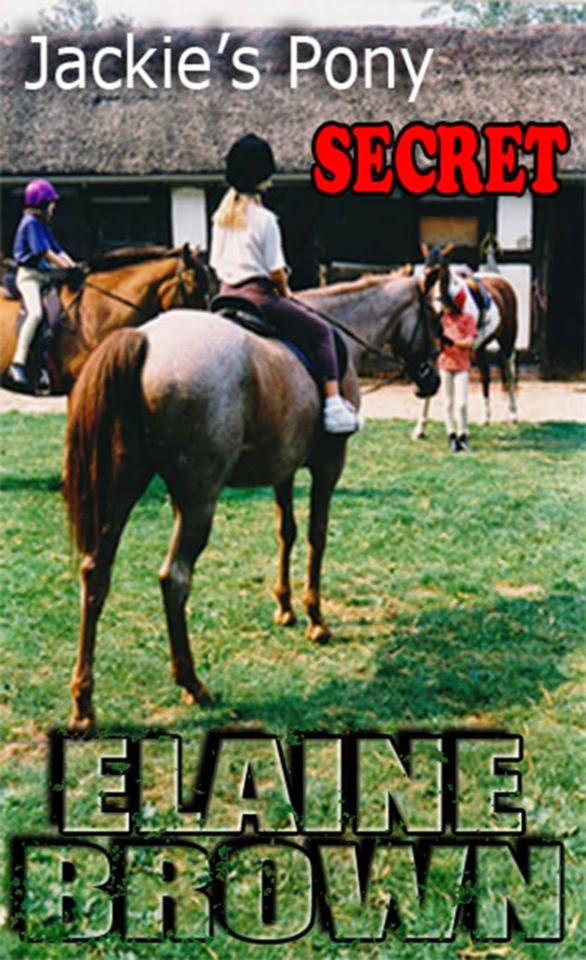 Elaine Brown: Jackie’s Pony Secret Jackie’s Pony Secret opens with Jackie sitting on a train with the lady from social services, on their way to Devon, where Jackie will start a new chapter in her life after the death of her mother. She is to live with her grandfather and his new wife in Devon. Until she gets there, Jackie has had very little to do with the countryside, and even less to do with horses. However, her grandfather and his wife, Elise, have a farm. They keep their own horses, and the other stables are rented out to a riding school, which is of course absolutely ideal if you find you’re keen on ponies, which Jackie does. There are plenty of hurdles to be overcome, however, before Jackie can settle into her new life.  The first of these is to overcome her instinctive fear of horses, and to learn to ride. If you read this book as a pony-mad child whose knowledge of ponies is limited you’ll absorb plenty of useful information. The instructional stuff is nicely done
Post a Comment
Read more
More posts