- November 13, 2014
The Impossible Horse (1957) is in some ways an odd book. My first experience of it was the Dragon paperback pictured below, with the author's name as Christine Pullein-Thompson. Originally, however, the book was published under the pseudonym Christine Keir. The book was something of a departure from Christine's previous work, which featured teenagers fighting against adversity. The big difference was romance: when I read her earlier David and Pat series, I'd wondered if there might be some romance between the two, but there's nothing, not a scrap. The idea of it is there, as Pat's sent off to be a debutante and have a London season. The entire reasoning behind one's season was to find a suitable husband, but this is never mentioned explicitly. 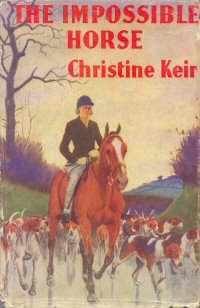 So, it was under a pseudonym that Christine first introduced romance. Heroine Jan has left school and has started up a business re-schooling horses. One of her clients is the handsome Benedictine, who, too much for the girl to whom he was sold, reared and came over backwards with her. Jan is convinced he can be rehabilitated, and the book sees her doing this, interwoven with her nascent romance with the handsome Guy. This book was utter manna to me: horses, and romance, plenty of one and not too much of the other. 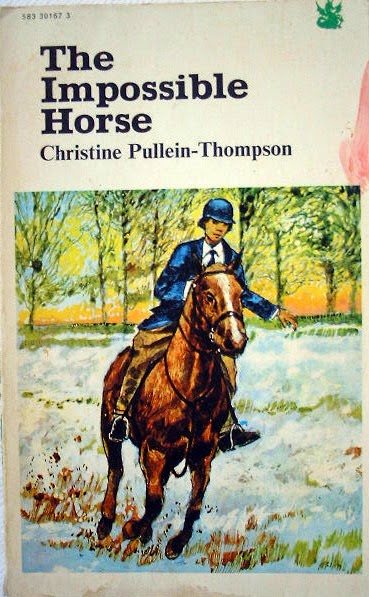