Review: Amanda Wills - Against All Hope

- November 18, 2014
Against all Hope is the second in the Riverdale Ponies series. When the first book in a series (The Lost Pony of Riverdale) ends with most of the major tensions being addressed, you do wonder quite where the next book will go. The major difficulty for heroine Poppy in the first book was her relationship (or the lack of it) with her stepmother. Poppy has never quite forgiven Caroline for not being her dead mother, and with the leaden-footed determination to hold to her point of view that many parents will recognise, shut her stepmother out of her life at every opportunity. By the end of the book, the two have reconciled, and Poppy has realised that stepmother Caroline isa person, just like her. Which is actually quite something, because often children simply don’t think of their parents as people at all. 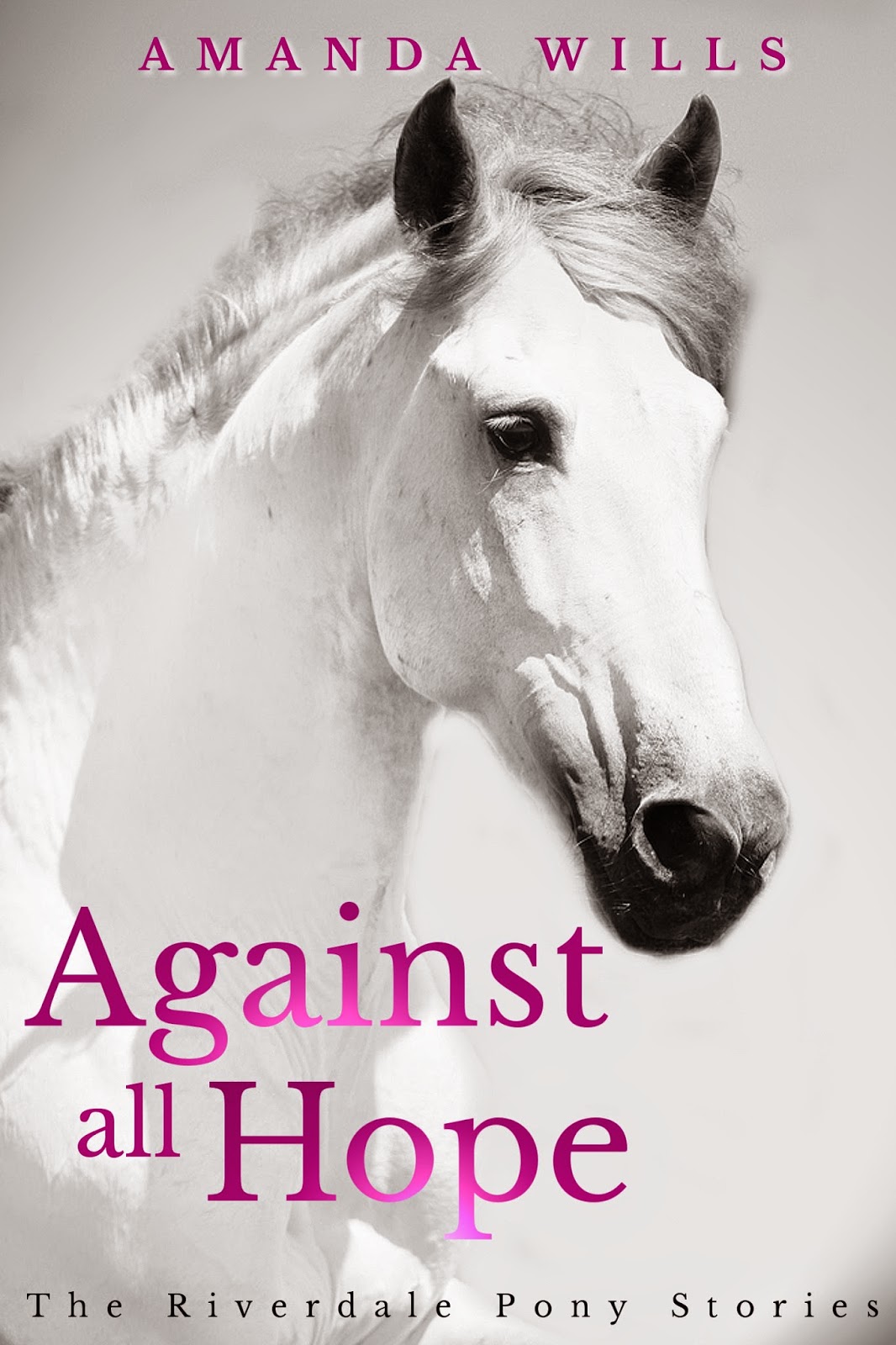 Against all Hope therefore doesn’t have that tension: Poppy’s focus is now moving outside herself, and on to her pony Cloud, and her new friends. As the book opens, the vet’s checking Cloud over. He’s been living wild on the moor for the last five years, and is in remarkably good health, apart from his leg. The vet suspects a broken pedal bone, which means a good two months’ stable rest. If it heals, fine. If not, he can never be ridden.  And so Poppy has the awful, months' long wait ahead of her to find out if her pony will ever recover. Not for her the pony book dream of competing and improving her riding, but the long, tedious round of box rest, and hoping that this time, perhaps this time, the scan will show something good. All kudos to the author for showing that sometimes, pony owning is a long way from the dream, but also showing that you can find still build a relationship with your pony that isn't based on festooning it with rosettes.

Against that, normal life continues: at least, relative normality. Poppy has made friends locally, and she has an active social life, and in the way of happy girls, they're keen to include others. Poppy and her friend find out about a new girl and her mother moving in nearby, and try their best to make friends. It is not straightforward, however: if Poppy and Caroline had a strained relationship, Hope Taylor and her mother Shelley have a relationship that’s downright peculiar.

Just how peculiar it is emerges only slowly. And tragically. Amanda Wills has taken a brave decision to feature a mother-daughter relationship that is damaged to this degree. No relationship exists in a vacuum, and the effect Hope and Shelley have on the community is well explored too. When the inevitable conclusion comes, it is quite heart-wrenching.

Against all Hope is another triumph from Amanda Wills.

Thank you to the author for sending me a copy of this book.
Review