- November 30, 2014
Mary O'Hara's Thunderhead is another of those books it took me decades to read. Unlike other books I've talked about in PBOTD this wasn't because I knew it existed but was condemned to lust after it, fruitlessly, because neither the local library not local bookshops had it. Oh no. I actually had Thunderhead. I had the Dragon paperback version published in volume format. And I had My Friend Flicka too. I didn't read that either, and I'm not entirely sure why. It wasn't because I had a thing about Dragon books, because I happily read the other Dragon pony books I had (from memory, all Christine Pullein-Thompson titles) time after time, but something put me off the O'Haras. I can only think it was the volume format that put me off, because I was certainly quite happy to read about American boys and their horses. Walter Farley's Black Stallion series and G Rutherford Montgomery's Golden Stallion books were as meat and drink to me. 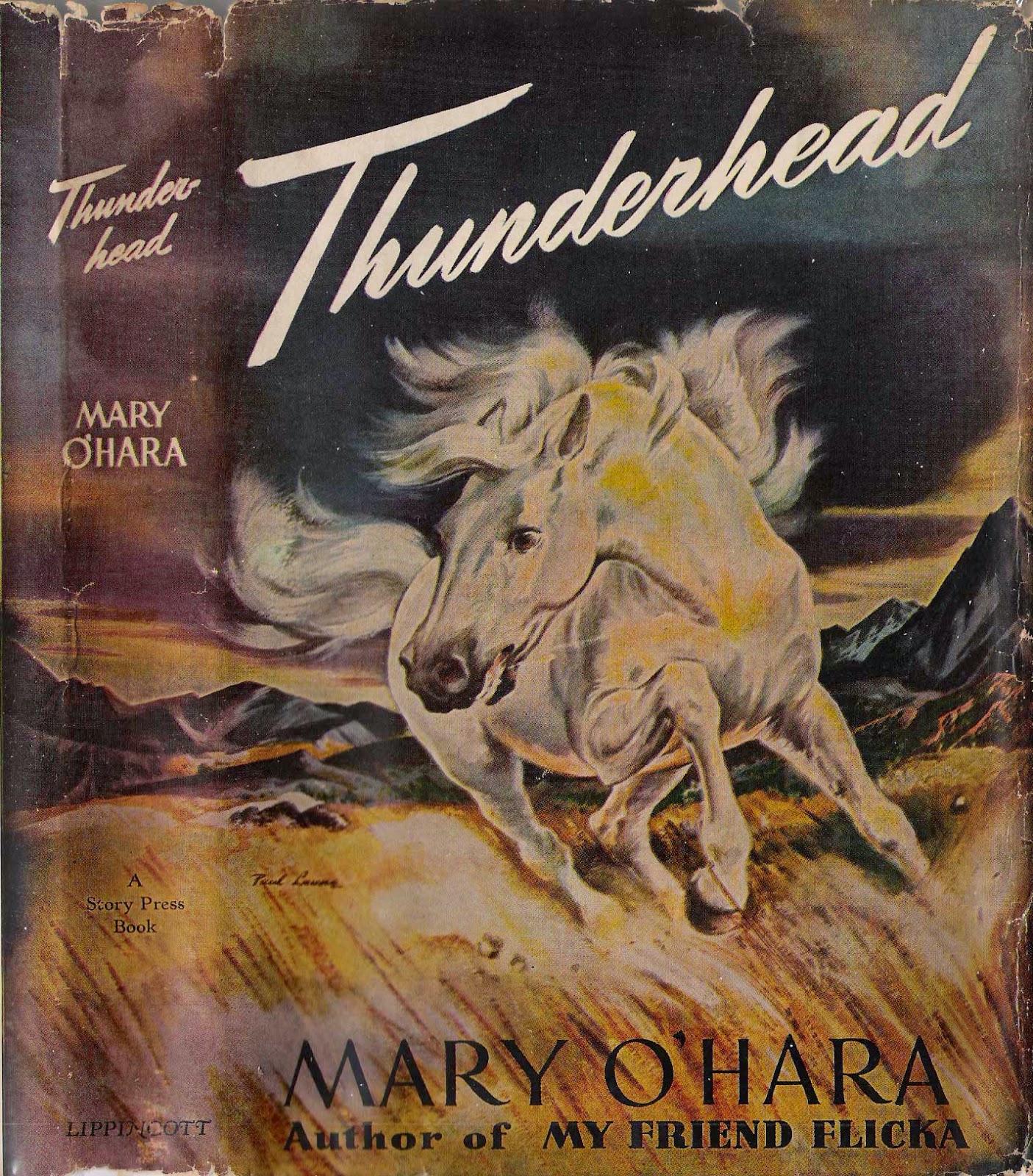 Now that I have read the whole series (and absolutely loved it) I wonder what I'd have made of it as a child, because I'm not absolutely certain these are children's books: certainly not Thunderhead. Whilst the books feature Ken, son of ranchers Rob and Nell, Thunderhead's focus is certainly far more on the relationship between mother and father. 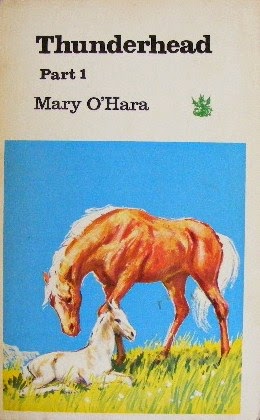 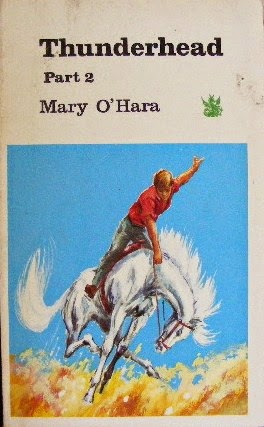 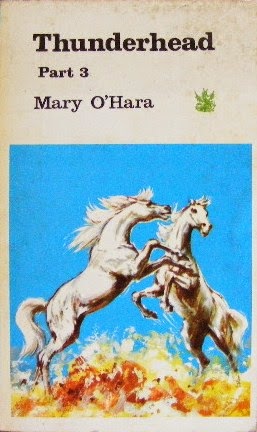 Rob and Nell's relationship in Thunderhead is close to disintegration as the horse business is less and less successful. Rob cannot bear to fail, or be questioned. Fortunately their son, Ken does succeed in taming Thunderhead, Flicka's wild colt, but the horse longs to revert to his wild nature, even though Ken hopes he will save the family fortunes by becoming a successful racehorse.
You're left with the conviction that whatever happens with the horse, the underlying tensions and rifts between Nell and Rob are far deeper than anything that can be cured with a horse. It's certainly not the stuff of which the everyday pony story is made.