- November 15, 2014
There are some books it can take you years to find, and one of them for me was Rivals to Silver Eagle, by Primrose Cumming. It's the last in the Silver Eagle series, and was printed in 1954, long after the first two in the series. It was never reprinted in English (a later Swedish edition did appear), which is probably what made it rare. That's not to say copies didn't turn up: they did, they were just extremely expensive (by my standards - a minimum of £80, which I realise is small change in the rare book world). It was a very, very long wait until I came across one. 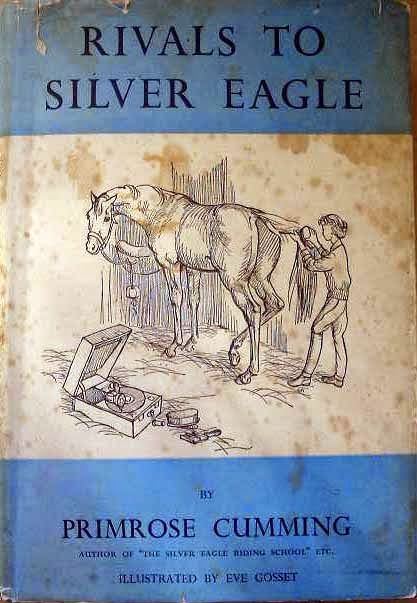 I probably didn't help myself by deciding I was only interested in a copy with a dustjacket, which were even harder to find. I never did find the lurking, cheap, immaculate copy I was sure must exist out there somewhere, if only I could make sure I was in the right secondhand bookshop at the right time, and had in the end to bite the expensive bullet. But such is the lot of the collector. For every cheap gem which thrills you to your marrow, there is the expensive, take a deep breath book.

And was it worth it when I found it? I have to say it's the Silver Eagle book that made least impact on me.