- November 27, 2014
Tan and Tarmac was one of the first Gillian Baxters I read. I was intrigued by its description of a stable in the middle of London, which rode out in Hyde Park, and whose stables were in storeys, and had to be accessed by a ramp. Those stables really did exist. They were at De Vere Mews in South Kensington, and were the home of the Civil Service Riding Club. The CSRC was founded in 1937, and had its own horses. The Club operated out of the Mews until 1974, when they were sold for development. 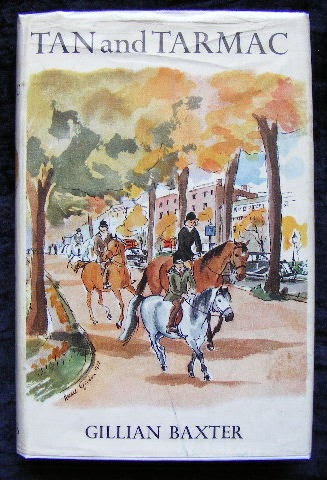 The Club's home moved spectacularly upmarket after that, when the Queen gave the horses a home in the Royal Mews. The Club made the decision to sell its horses in 2003. It does still exist, and organises affordable riding lessons for its members. The Club is mostly London-based, and uses centres like Vauxhall City Farm and the Wormwood Scrubs Pony Centre. 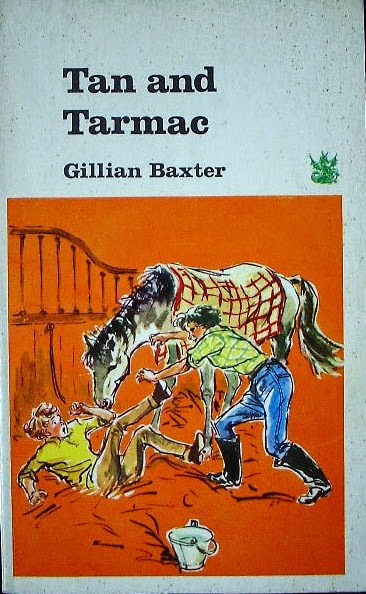 As an aside, while I was researching this piece, I found that artist Lucian Freud used some of the ponies at the Wormwood Scrubs Centre as models. Here's a link to his Skewbald Mare - and also one to his Horse Smiling, which has nothing to do with Wormwood Scrubs at all. I just like it. 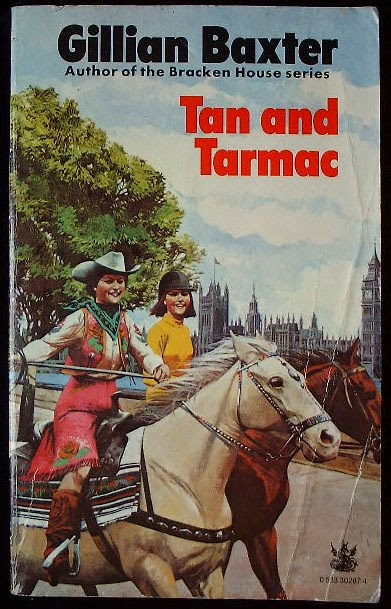 As for the De Vere Mews, the then London County Council fortunately had an excellent photograph archive, and I have tracked down photographs it took of the Mews before they were developed.

Here's a rather sad link to the entrance to the Mews after it was acquired for development.
The Mews complete with horse.
Here's a shot of a horse on the upper level. I love the fact that the numnahs were balanced over the railings, and did wonder if anyone had ever put a saddle there which had then fallen off.
An internal shot of the stables.
I like this shot, which shows the double decker nature of the stables. I wonder what the protocol was for this sort of situation.
The top floor of the building was given over to flats, with washing lines strung between them. It must have been a fine way to bomb proof a horse.

I have managed to come pretty near to the end of this blog post without mentioning much about Tan and Tarmac at all: besides its fascinating historical setting, the book is very unusual in being set in London. The vast majority of pony adventures only happen because the story's heroes have moved out to the country, not because they've moved back to town. Gillian Baxter never allowed herself to be restricted by pony book convention, and because of that she's left us with a fascinating insight into what it was like to ride in London in the 1950s.