PBOTD 10th November: Christine Pullein-Thompson - We Rode to the Sea

- November 10, 2014
Today we backtrack somewhat, to the first solo book Christine Pullein-Thompson wrote. Fortunately critics Cadogan and Craig, whom I quoted in yesterday's PBOTD, appear not to have read this book, which is fortunate as it is an infinitely worse effort than the Chill Valley series, which they loathed. 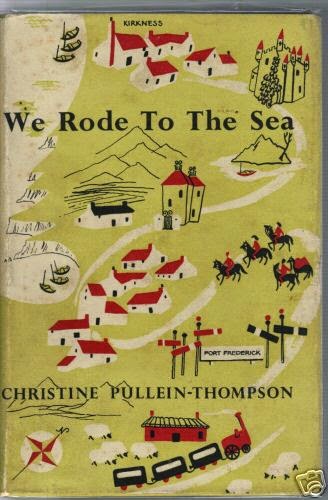 Unlike her sisters, Christine didn't stick with what she knew when she struck out on her own. She wrote about chaotic holiday adventure, with escaped prisoners. We Rode to the Sea (1948) opens in a whirl of chaotic activity on a train from Glasgow to the Highlands as the Macgregor family journey to Fort Frederick to start their riding holiday. After mangling an unfortunate fellow passenger’s knitting to a heart-breaking extent, the children set themselves problems from the start by leaving their map on the train. Nevertheless, they launch forth, mapless, into the Highlands, get lost, battle with their recalcitrant camping gear and then find out two German prisoners have escaped. The Macgregors decide they must catch them. Eventually, of course, they do.

I found this book tremendously difficult to read as an adult. It was never a particular favourite of mine as a child, though I did have a copy. The action all happens in a breakneck whirl, but it isn't enough to overcome her characters’ irritating foibles, of which they have plenty. Their own “Scottish obsession” takes the form of endless digs at the English; ironically, bearing in mind the family live in Glasgow, lowland Scots are not favoured either.  The family are prone to peculiarly Scottish exclamations and having read the poetry of William Aytoun, spout it frequently and curse “by the blighted hopes of Scotland”.

“Oh, losh, don’t say we’ve lost it,” exclaimed Christina. “It would be too awful, after all we told Daddy about being practically grown up and quite capable of looking after ourselves.”
“I believe you’re right, Hugheena,” said Alister. “I did have it in the train. Now what, by the blighted hopes of Scotland, could I have done with it?”

The adventure itself is weak. Why the two escaped Germans are such a danger is never satisfactorily explained; they are simply faceless examples of convenient evil. Being dashing is confused with enthusiastic ineptitude: the Macgregor family are horribly prone to wishing, after their latest disaster, that they had thought ahead, and then promptly fail to do so in their next crisis. Any other child of the 1970s will probably remember the Some Mothers Do 'Ave Em series, in which a spectacularly inept Frank Spencer lurches from disaster to disaster, always well-meaning; never learning. I found it absolutely unwatchable: there was no dramatic tension at all - you always knew it would go wrong. We Rode to the Sea alas produces the same feeling in me. 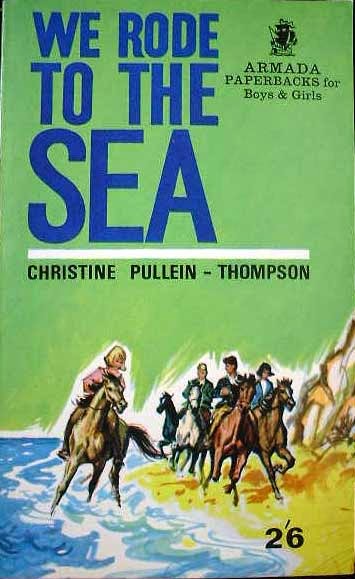 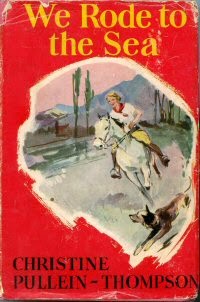