- November 10, 2014
Silver Brumby Kingdom (1966) isn't, I think, filled with snow to the same extent as some of the other books in the series, but you'll have to bear with me because I would like to cram in a few more of the series and I am running out of year. 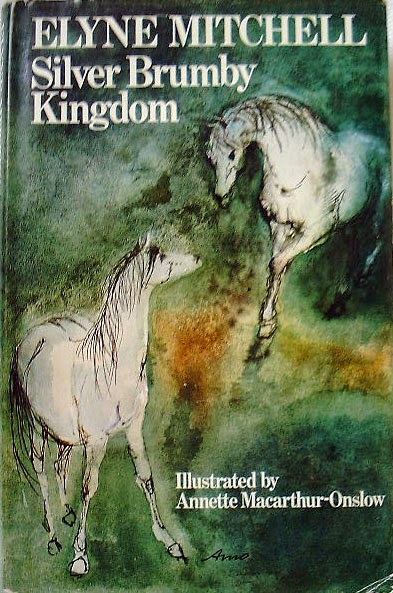 Silver Brumby Kingdom is the fourth in the Silver Brumby series, and I think was possibly intended to be the last: it certainly reads that way. However, such was the series' popularity that Elyne Mitchell wrote Silver Brumby Whirlwind in 1973, bringing together the horses in her other wild horse book, Moon Filly, and the silver brumbies. That book was followed by Son of the Whirlwind (1976), and in the 1980s and 1990s by a whole slew of Brumby-related stories. 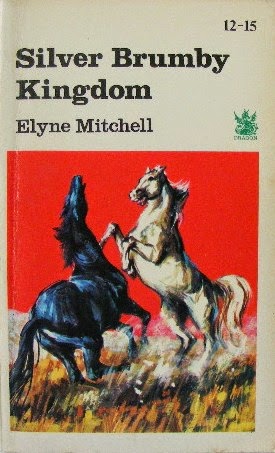 In Silver Brumby Kingdom, Thowra's son Lightning has learned nothing, and he steals some mares, which does not end well. Baringa has his own troubles, after he loses his filly Dawn in a flooded river. While he is looking for her, he encounters the filly Yarolala, and the killer stallion Bolder. Baringa and Bolder fight until they collapse, leading Yarolala to think they are dead. Thowra hears this, and sets out to look for Baringa and Dawn. 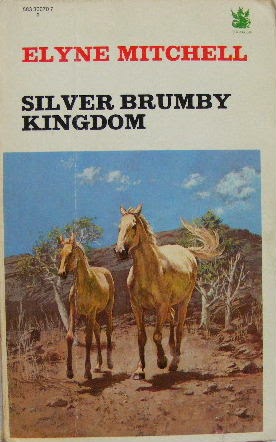 Thowra is always the wise father figure, and that's the part he plays in this book. The book does point up something I think quite possibly doesn't happen in equine society: the knowledge that one of your children is far more like you than the other. Thowra knows full well Baringa is far more like him than Lightning. Lightning, it must be said, does not behave in a way designed to generate sympathy and I suspect he was doomed always to be the problem son, until one day he pushed some stallion too far and paid the price.