- November 09, 2014
I've not tackled Christine Pullein-Thompson's output in the most logical way, because We Hunted Hounds has already appeared. If I ever re-write this year of pony books, there's some stern editorial decisions which need to be made. 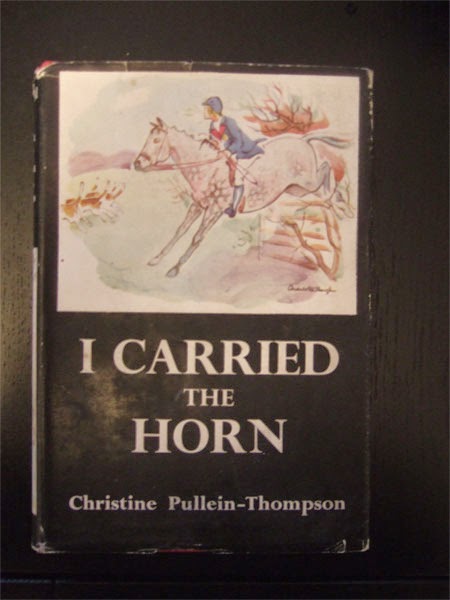 The Chill Valley Hounds series, of which today's title, I Carried the Horn (1952), is the second book, was based on her own experiences as a whipper-in to the Woodland Hunt. The series marked a departure from her first book, We Rode to the Sea, which I now realise I haven't covered either. (If you do want a more logical assessment of CPT's oeuvre, I've managed that in my book, Heroines on Horseback).

The Chill Valley trilogy sees two families of teenagers starting their own hunt and battling to survive the challenges of starting a new hunt, trying to do it without enough money, and then battling the threat of half the hunt staff having to move. It's a decent enough story, with the structure of hunting life giving Christine the solid framework to work with that she lacked in We Rode to the Sea. There's plenty of equine action, and satisfying struggles against adversity. 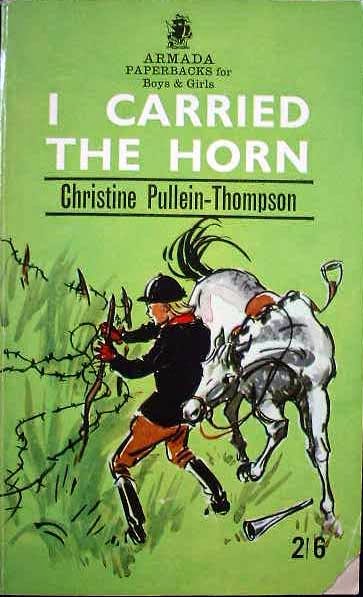 For the first time this year, I'm going to haul in some literary criticism. There's not a great deal of it out there on the pony book, and what there is tends to be negative. When I was researching my book, I came across Cadogan and Craig's assessment of Christine Pullein-Thompson in their You're a Brick, Angela! The Girls' Story from 1839-1975. It's fair to say they loathe the Chill Valley trilogy, a view which is coloured by the fact they start from the premise that as hunting is completely indefensible, any book involving it must therefore be bad.

They are so revolted by “the thoroughly distasteful business of foxhunting” that they are unable to see past what appears to them to be the blood of innocents dripping from the pages: I Carried the Horn  is “littered with bloody images”, with children who are “obtrusively carnivorous.”  (whatever one thinks of hunting, a liking for meat sandwiches features in children’s literature from The Wind in the Willows onwards). I am not claiming for one second that I Carried the Horn is great literature, or even that it stands out amongst pony books. It is of its time. I very much doubt you'd find a pony book today that featured hunting: I certainly can't think of one.

There is considerably more hunting in Christine’s pre-1970 output than in her sisters’ books, and indeed in pony books generally. This makes some of her books unattractive now to a population either more squeamish or more principled, depending on its point of view, than its forebears. Her books reflect their time, in which hunting was generally accepted. 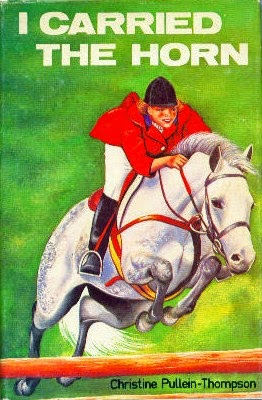 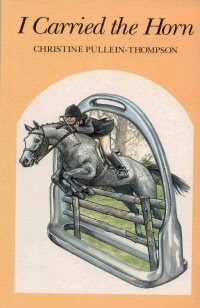 Fiona Moate said…
Another candidate for the worst cover. The one with the grey horse on the front, very badly copied from a photograph of Carole Hoffman and Night Off. The rider looks very deformed!
16 November 2014 at 16:44