- November 04, 2014
PBOTD for 4th November is Josephine Pullein-Thompson's Moor series. I've lumped these all into one as I haven't got enough year left to do them one by one. I have a sneaking feeling there may be much more such cheating to come.

The Moor series was a departure for Josephine - it was adventure based rather than concentrating on how well you rode your pony. The books are fun reads, but not as involving as her instructional works. Like her previous books, she drew on her work with horses. The characters and background for the books came from Josephine’s time helping with the Pony Club on Bodmin Moor. She said:

“The background for the Moor books came from my visits to the Pony Club there, but not the characters. They will look for themselves in vain!”

The series also fell victim to her publishers' desire for her characters not to age. Heroines of the first
five books, Frances and Louisa Burnett were shunted off the stage in the last two books after publishers Hodder & Stoughton told Josephine she must not make the main characters any older, and so the Moor books had to start again in effect with a younger set of characters in the last two books, Mystery on the Moor and Suspicion Stalks the Moor. 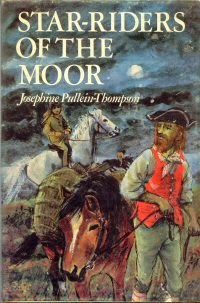 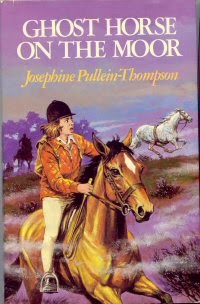