- November 14, 2014
Stolen Ponies is the last of Christine Pullein-Thompson's books in this particular section. It's another of her adventure stories, and was published in 1957. It's interesting looking to see what else Christine published that year, as it gives a good idea of her scope. First was The Impossible Horse, which she published under the pseudonym Christine Keir, which must to some extent have been based on life. The Pullein-Thompsons earned some of their living by re-schooling difficult horses, and that's exactly what Jan does in The Impossible Horse. Whether glamorous men heading off to the Army featured in the Pullein-Thompsons' early lives, as they do for Jan, I do not know. 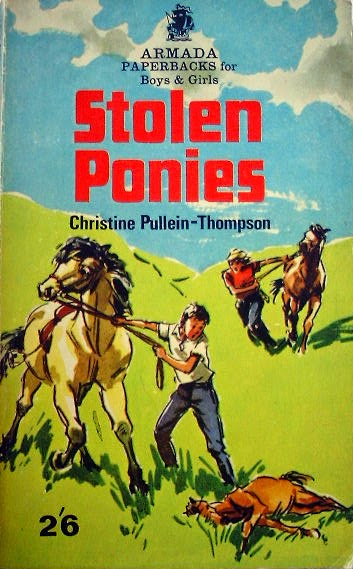 The second of the David and Pat series, The Second Mount, also appeared in 1957. This again featured something with which Christine was familiar: running your own riding school. David and Pat have gone into partnership, and have bought the unrideable Tornado, who needs re-schooling.

Perhaps Christine had had enough of all that rehabilitation: I can't say whether Stolen Ponies was written before or after The Impossible Horse or The Second Mount, though it would be fascinating to know. It takes Christine back to the adventure plus horses territory she had last visited with Phantom Horse in 1952. Two very different families meet when they are holidaying on the moors, and find that the wild ponies are being killed, probably for horsemeat. Although they have remarkably little in common, the two families unite in the face of the threat to the ponies. 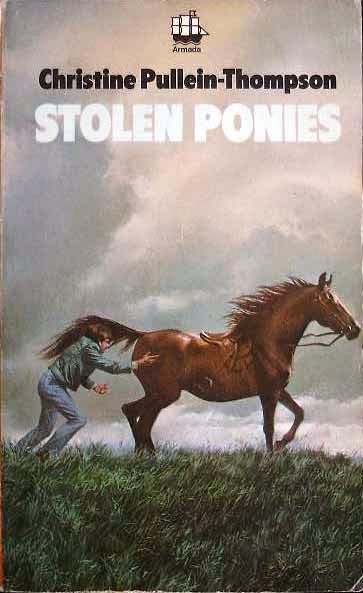 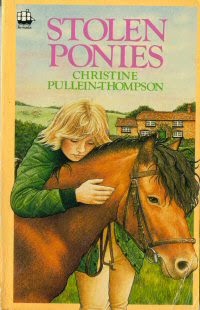 It was the last essay Christine made into the adventure story for some years, until the early 1960s Riding School series, which combined riding school life with overcoming villains.