- October 05, 2014
I'm spending the next few days rounding up the Monica Edwards titles I haven't yet covered (with the exception of one, which will have to wait until after HOYS). Today's is one of her most reprinted titles, Rennie Goes Riding (1956). The career novel was a feature of the 1950s, with series aimed at both girls and boys. Rennie Goes Riding was part of a series published by Bodley Head which involved such stirring tales as Diana Seton, Veterinary Surgeon, Air Hostess Ann, and Margaret Becomes a Doctor. 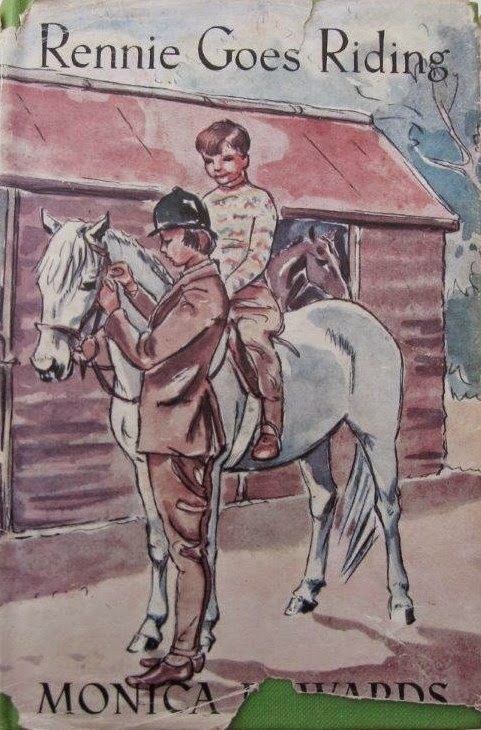 All the stories gave you a decent idea of what a career would actually be like: but almost all ended with a hint of romance, leaving you wondering what the aim of the book was. Were you to do the career, or get married, or somehow combine both? Rennie does indeed end the novel contemplating a possible romance with Morgan Davy. It looks as if the farming life he contemplates does involve horses, so I hope that Rennie would have gone on to do something with her painfully acquired training.

Monica Edwards had some experience of working with horses herself, for a short period before she married. Her one paid job was at a farm in Oddington, Oxfordshire, when she was sixteen, where she was to ride the horses “beautiful creatures, real blood-horses... I was thrilled to bits,” she wrote. After a brief stay at the farm, she took an unpaid position in North Wales when she looked after hunters until her employers returned to Gloucestershire. She arranged another position with the Bicester Hunt, but did not go, and remained in Rye Harbour until her marriage. She went on, of course, to support the family through her writing. 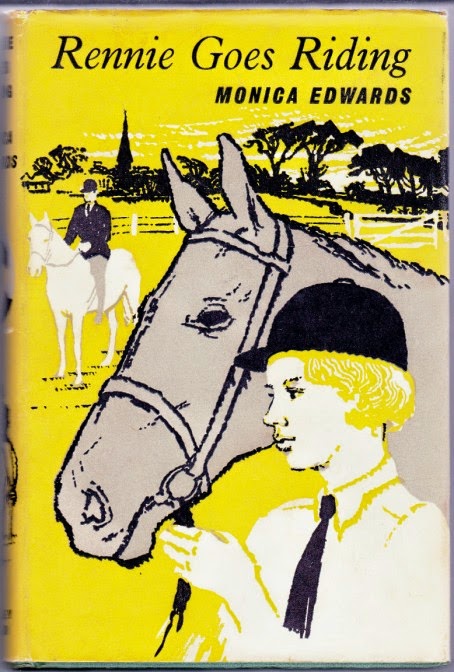 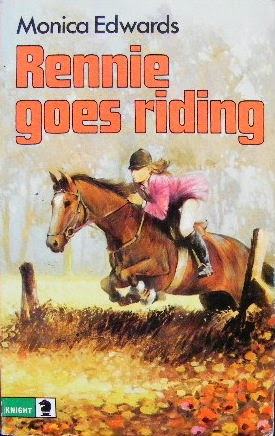 Rennie Goes Riding did have a psychological depth that was not always the lot of the career novel. Rennie longs, as do so many girls, to work with horses, but there is very real doubt about whether she will succeed. Rennie does not find life easy; having seen her mother killed in an accident, she is frequently ill, and stress makes her physically incapable: her hands or her legs stop working. Her family see her career choice as possibly foolish, but agree to let her try; her Aunt Lucy, who fears it will not work,  is more than the conventional figure of opposition. She is prepared to use her savings in an attempt to help Rennie, even though she fears she will not succeed. 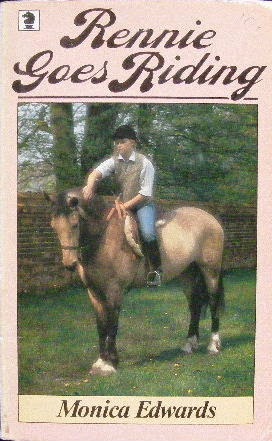 Rennie does succeed in establishing a horsy career, but it is not an easy process. Her health is problematic, and she leaves her settled job at a riding school to extricate herself from a situation where a fellow groom’s boyfriend has become keener on Rennie than the groom. The job she goes to is with the worst of horse dealers, whose horse doping activities lead to a boy’s death. Rennie realises just what she has become involved with, and leaves. She is still determined to work with horses, though she now understands something of the dark side of the horse world, as well as the sheer physical slog and lack of monetary reward. Monica Edwards was nothing if not realistic in her portrayal of life working with horses.

Anonymous said…
This is a dark book.
It certainly put me off working with horses, not that it had been a serious option.
I'd like to re-read it as a mature adult though, maybe it isn't so dark, more realistic.
I think I read a couple more of the career books and none are so dark. Maybe Monica is trying to put people off. To be quite honest I am really surprised this one was published as part of that series.
I mean, did the aeroplane crash in the air hostess one? How many patients died in the medical one?
6 October 2014 at 09:34

Jane Badger said…
I think it reads less darkly when you read it as an adult. Diana Seton I don't remember being particularly dark, and it wasn't so when I read it again. I've only ever read those two, I must admit. Bit close-minded towards careers as a child!
13 October 2014 at 13:09