- October 21, 2014
They Rode to Victory (1972) is the sequel to Riders on the March. The comprehensive school team is going to compete against a team from a smart girls’ school. This is something of a fixture: the poor team never competes against another, possibly even less well off team. (K M Peyton's Who Sir? Me Sir? and Zita White's The One Day Ponies come to mind). They always have to show that grit and determination can win out against teams dripping with cash and wonderful ponies. 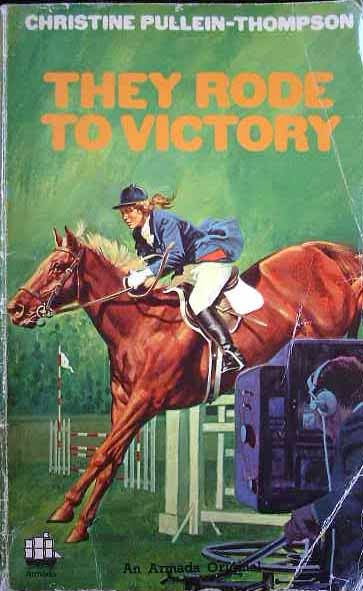 Life of course is not fair, and in real life sometimes those teams might have won, but it's just as likely not. Literature though is often about fairytales, and morality. If you worked hard, maybe you too could do as well.