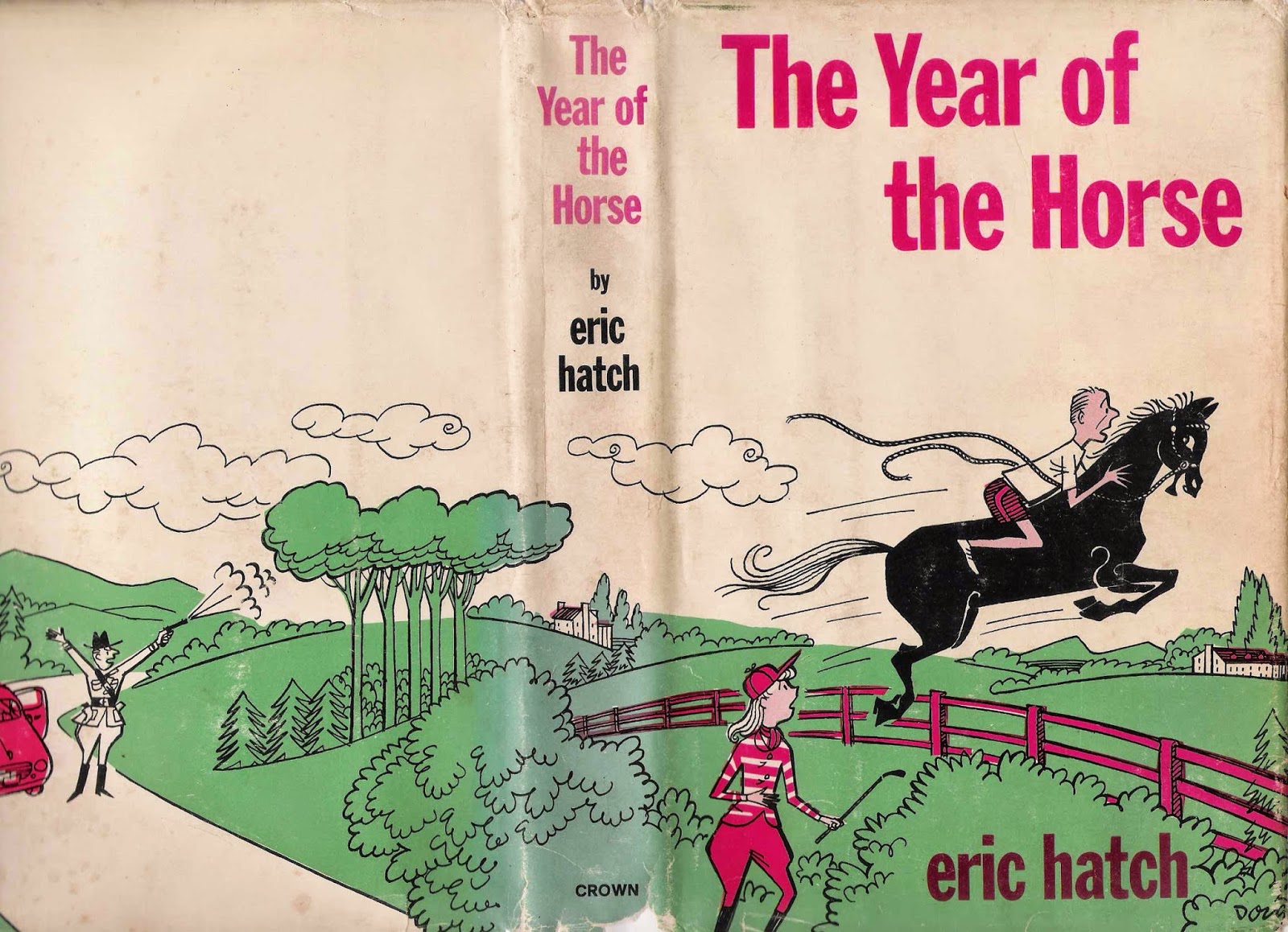 Eric Hatch, author of today's book Year of the Horse (1965), was an author, owned a radio station, and was an expert horseman, a judge and a steward of the American Horse Shows Association.

Year of the Horse is the story of an advertising executive, Freddie Bolton, who works on Madison Avenue (I told you some of these connections were tenuous). He has an adored daughter, and when she asks for a horse, that's what he gives her. Despite the fact the whole family are already living well beyond their means. Freddie names the horse after a product he just happens to represent.

He knows nothing about horses, but finds himself growing very fond of the horse, who is, it turns out, a very capable animal indeed, more than capable enough of competing at Madison Square Gardens.

Christina Wilsdon said…
This book was made into the Disney movie "The Horse in the Gray Flannel Suit" in 1968. Actually not a bad horse film--ridiculous of course but we got a kick out of it!
28 October 2014 at 14:13