- October 31, 2014
Today's PBOTD is one of my more tenuous efforts to connect with the National Horse Show. Today's author, Gordon Wright, was a successful show jumper in his own right, as well as a fine trainer. In 1962, the National Horse Show honoured the winners of the Hunter Seat Equitation Championship: over half of them were students, or former students, of Gordon Wright. He trained members of the United States Equestrian Team too. 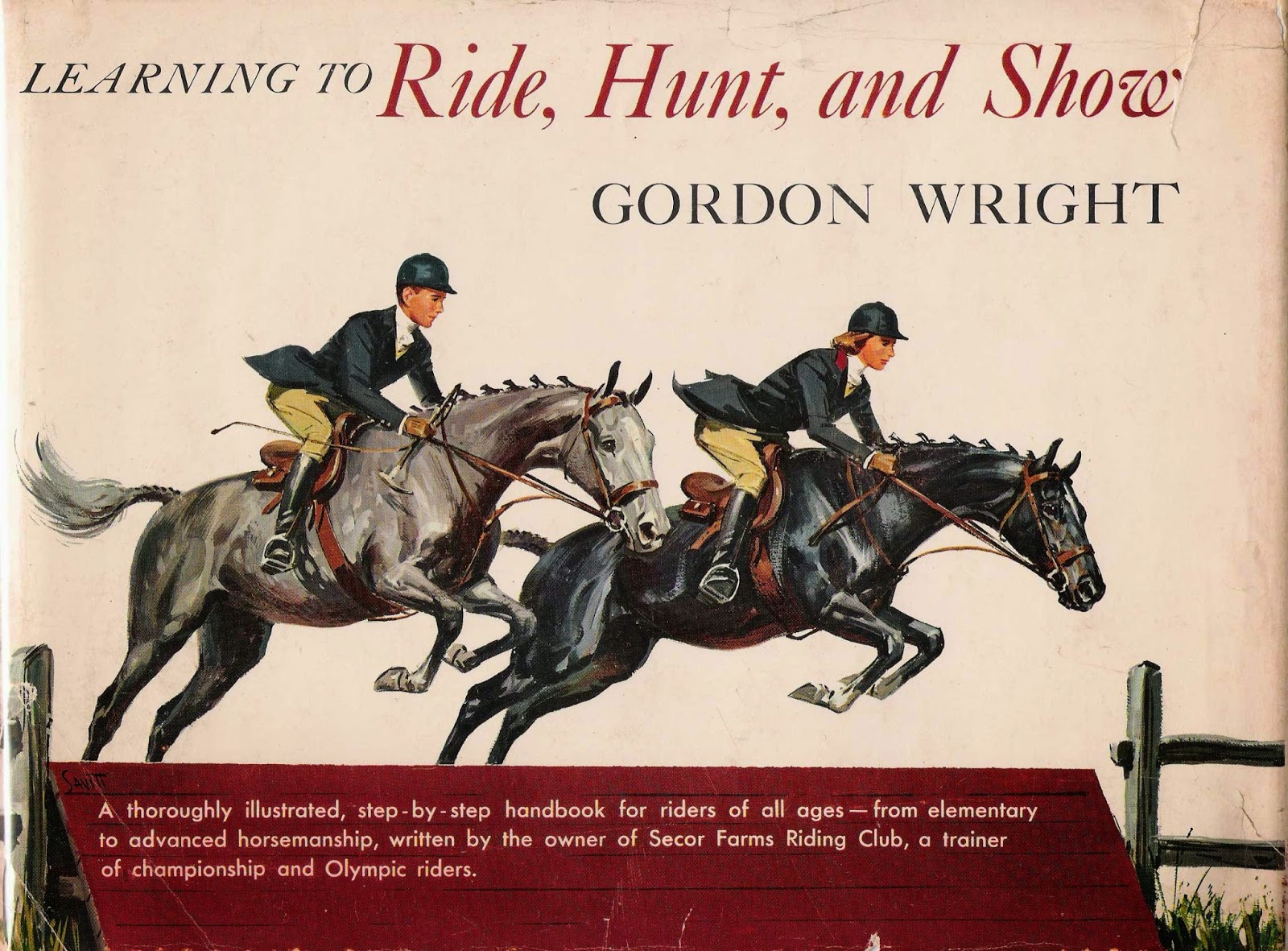 Learning to Ride, Hunt and Show (1966) is (as you have probably worked out) not fiction at all. I'm including it because it's illustrated by Sam Savitt and I love his work. Gordon Wright did write a work of fiction (The Winning Streak, publication date unknown), but all I have to go on for the book's plot is a brief summary, I can't tell whether it should be included here or not. As I'm skirting round the subject anyway, I might as well, so here it is: 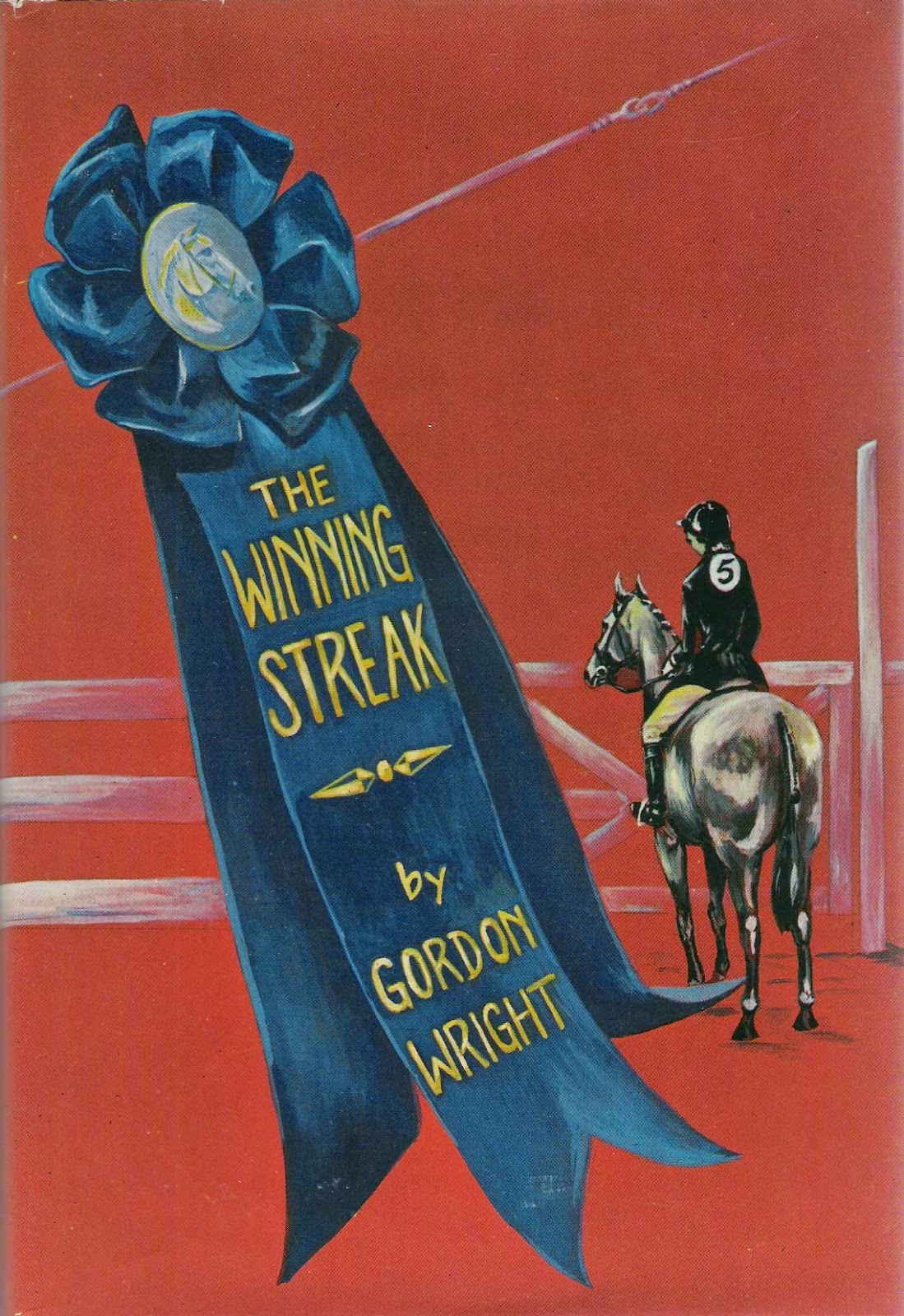 Daphne Van Allen is not a gracious winner. She thinks she can forget about sportsmanship and still come out on top. She thinks she's behaving perfectly rationally, but she becomes a danger to herself and others. I do wonder just how many unsportsmanlike riders Gordon Wright saw in his career, and whether anyone ever recognised anything of themselves in Daphne Van Allen.

Phoebe Duchesne said…
I have recently acquired a copy of "The Winning Streak" by Gordon Wright. It was signed by the author when given to Dr. and Mrs.James Wade of Monroe, LA. Mrs. Mary Wade was a horsewoman and she shared a home in Jackson Hole,WY with her husband.
The book does not show a print date.
I would like to sale this work and am looking for a possible collector.
Please contact me via the listed email account.
Thank you in advance,
Phoebe Duchesne
15 June 2019 at 02:59