- October 01, 2014
It wasn't until I had my own children that I realised Monica Edwards' books could be found in secondhand bookshops, and I can thank my son, and our Morris Minor for the discovery. Our Morris traveller, though a car brimful of character (and a total nightmare to get through every MOT, but that's another story) was not a car built for modern speeds. 70mph was its absolutely top speed, and the whole car shook. And rattled. It was an assault on the senses. It wasn't a great deal better at 60mph. It was wearing to us all, but particularly to my infant son, who could only stand it so long before he started to yell. We could only stand the wailing for so long, so family holidays were restricted to places that would take us no longer than two hours to reach. 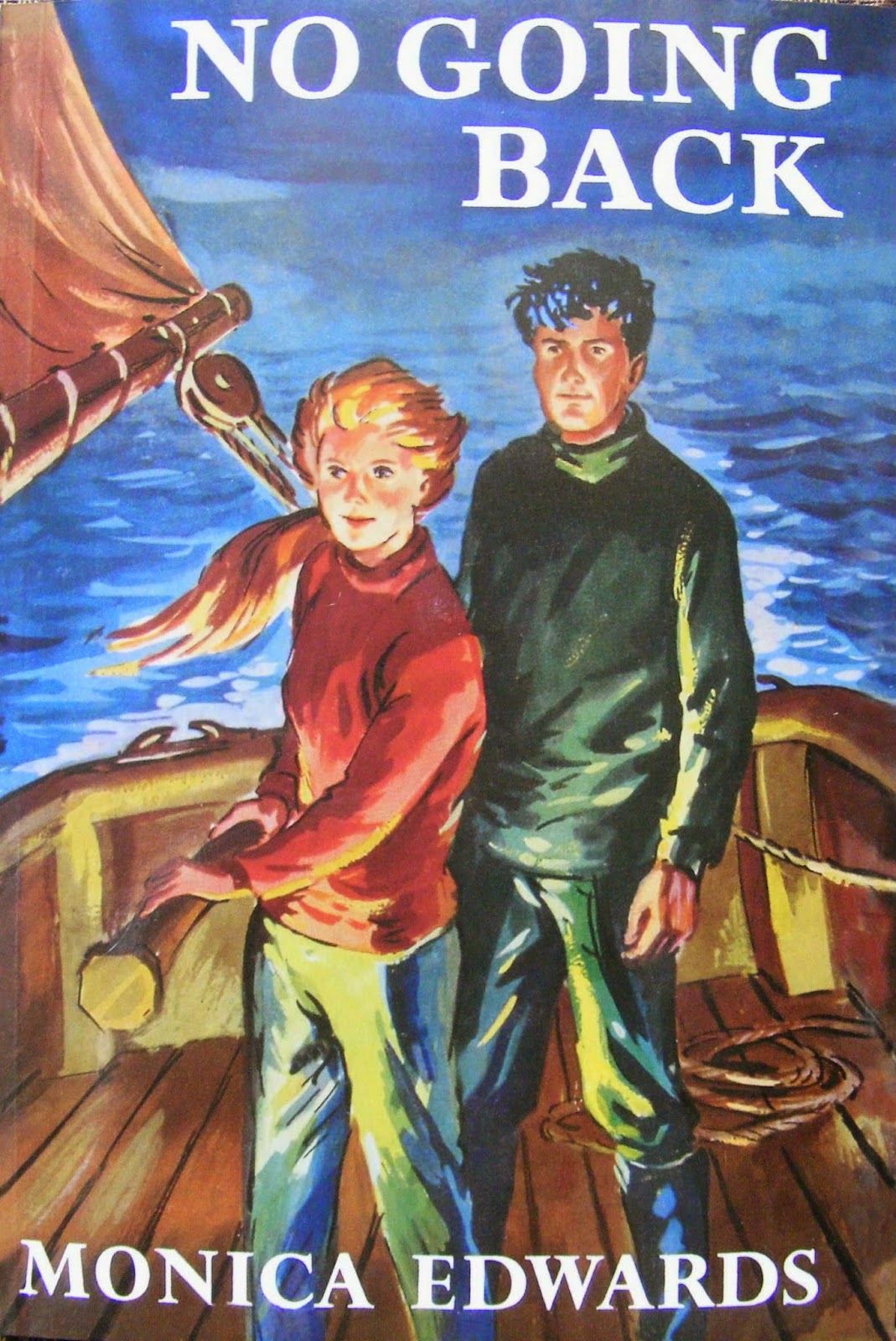 At the time, we lived in London, so Rye was within the prescribed distance. Then (the mid nineties) there were lots of secondhand book shops in Rye, and a couple of them specialised in Monica Edwards. I remember going into one of them, and there on the right hand side were two whole shelves devoted to her. I wish now I'd bought every title I could see, but I held back in the interests of economy, £12 seeming a fair whack for a book to me then. No Going Back (1960) wasn't among the titles I bought, and it took me years to track it down. 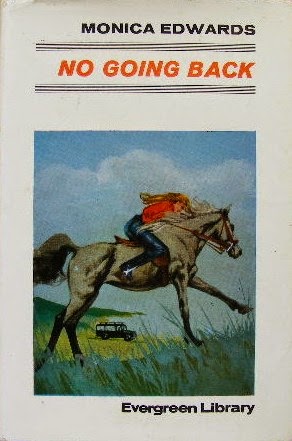 In No Going Back, Meryon and Tamzin’s relationship moves beyond that of friends. The nascent romance has an effect on the other characters. No longer are they a group of four friends; the balance has shifted, and Rissa finds this very difficult to deal with. It's the book (apart from A Wind is Blowing) that I find most realistic of the ones which see the characters grow older and experience romance. I find it just a little too pat that Rissa and Roger pair off with the Punchbowl Farm lot later in the series. But at least romance was given a chance, and the characters not left stranded in some eternal pre-adolescence.