- October 24, 2014
In yesterday's post I was wittering on about my attempt to buy fewer books. But then we come to today's book, Joanna Cannan's More Ponies for Jean (1943). Which I do not have. And I think I have all the other Joanna Cannans (just done quick check on her bibliography - yes I do, though my copy of They Bought Her a Pony is in the Three Great Pony Stories edition, and in an absolutely ideal world it would be a lovely first edition. Not that the first of TBHAP is particularly distinguished, as it's illustrated by Rosemary Robertson, who is not one of my favourite illustrators, but still.) There is some hope on the horizon, because the first Jean story, A Pony for Jean (1936) is being republished next month by Hot Key, and if sales are good they'll probably do the other two.... 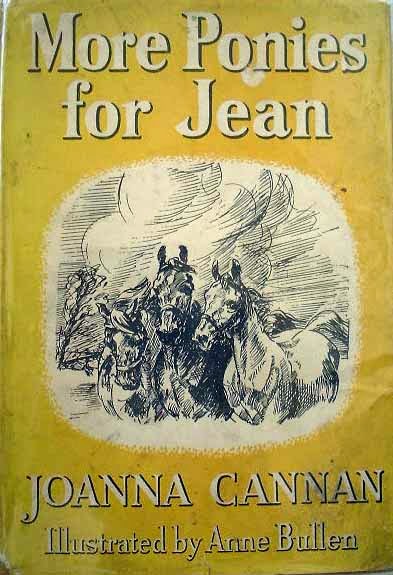 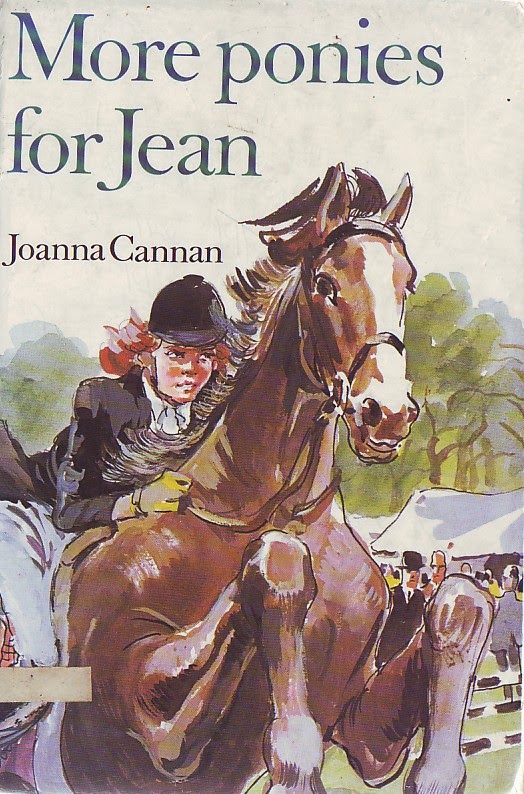 More Ponies for Jean is a particularly satisfying book from the point of view of a pony-mad girl because Jean goes on to work with horses. Of course Joanna Cannan's own daughters (Josephine, Christine and Diana Pullein-Thompson) went on to do just this, so she had plenty of fodder to write about. I, like all the other children I read about, wanted to work with horses too. My parents were utterly opposed to this plan, which still flickered, even when I'd gone to university. Rehabilitating ponies, I thought, would be much more fun than my parents' chosen career path for me, carrying on at the university until the end of  my days.

As you'll know if you've followed me, I didn't do either of those things. But I'm very glad that Jean did. And I would like to read the book again, to live a vision of how life might have been through her.