- August 22, 2014
I first came across Jo Furminger in a Nigel Williams' secondhand bookshop in Cecil Court in London. It's a cut through between St Martin's Lane and the Charing Cross Road, and it's home to some very splendid shops. Sadly, Nigel Williams is no longer among them. He used to have two shops; a specialist children's and one over the road specialising in crime and P G Wodehouse, but he died in 2010 at the age of 48, and his shops closed. 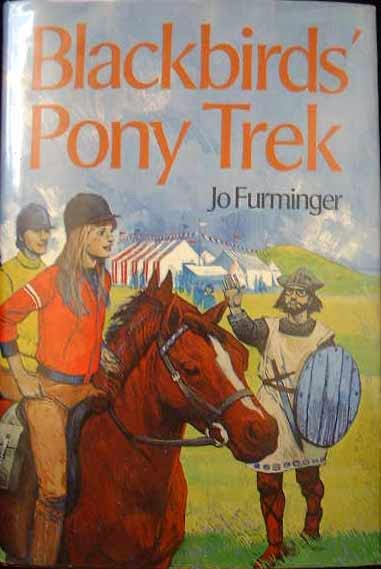 Blackbirds' Pony Trek I remember being remarkably cheap - it was £5.00. I asked the lady who was looking after the shop if they had much else in the pony book line, and being told they didn't, because there wasn't any call for it. I've been into two secondhand bookshops recently who had shelves dedicated to pony fiction, so I'm delighted that there is now a market for it.

The Blackbirds title I bought hasn't shot up in value: the later books in the series can be tricky to find and therefore expensive, but the first few appeared in paperback, which always helps, and they appear to have been stocked by libraries too.