- August 15, 2014
When you're selling many pony books a week, you don't tend to remember individual books. You remember the ones that are spectacularly rare - the ones you're excited just to have held before you send them off; the beautiful books; the books that someone has been desperate to find, but everything else comes under the heading of general stock, which you're glad to see going out of the door on its way to its new owners. 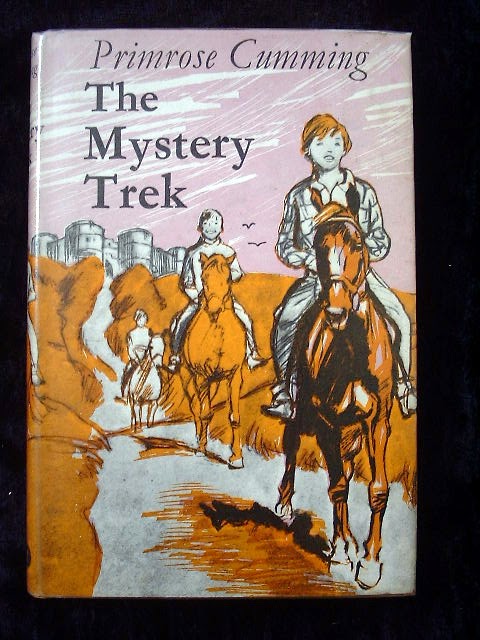 The books I do remember individually are the ones I bought at the beginning of my bookselling career. I remember buying Primrose Cumming's The Mystery Trek from a stall in Kettering's antique market. There were a couple of sellers who specialised in books, but they mostly sold modern paperbacks. The other stalls had the occasional book which was rather more interesting, and I can even remember where The Mystery Trek was: at the back of a white tableclothed stall, with a few other books.

Leonie is deeply depressed after the death of her horse, and at first refuses to come trekking with Susan. When they turn up to the trek and it turns out that there is no one to lead it, Leonie is persuaded to set aside her resolve never to ride again. Slowly, over the course of the trek, she comes to life again. 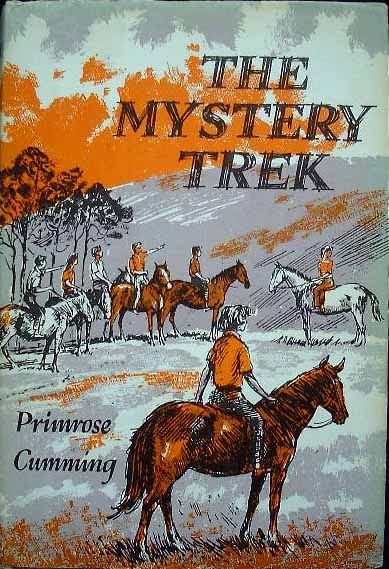