- August 06, 2014
The next few PBOTDs are on Dublin Show, or at least Ireland, as I can't find enough books which feature the Dublin Show to cover the full run of the show. Today's PBOTD is Bernagh Brims' Runaway Riders. Author Bernagh Brims was one of those who started early. She wrote Runaway Riders when she was fifteen, but had to learn to type before she could submit the manuscript. At the time she said she wanted to work with horses, write and play in an orchestra, but she actually ended up becoming a studio manager for the BBC in Belfast. 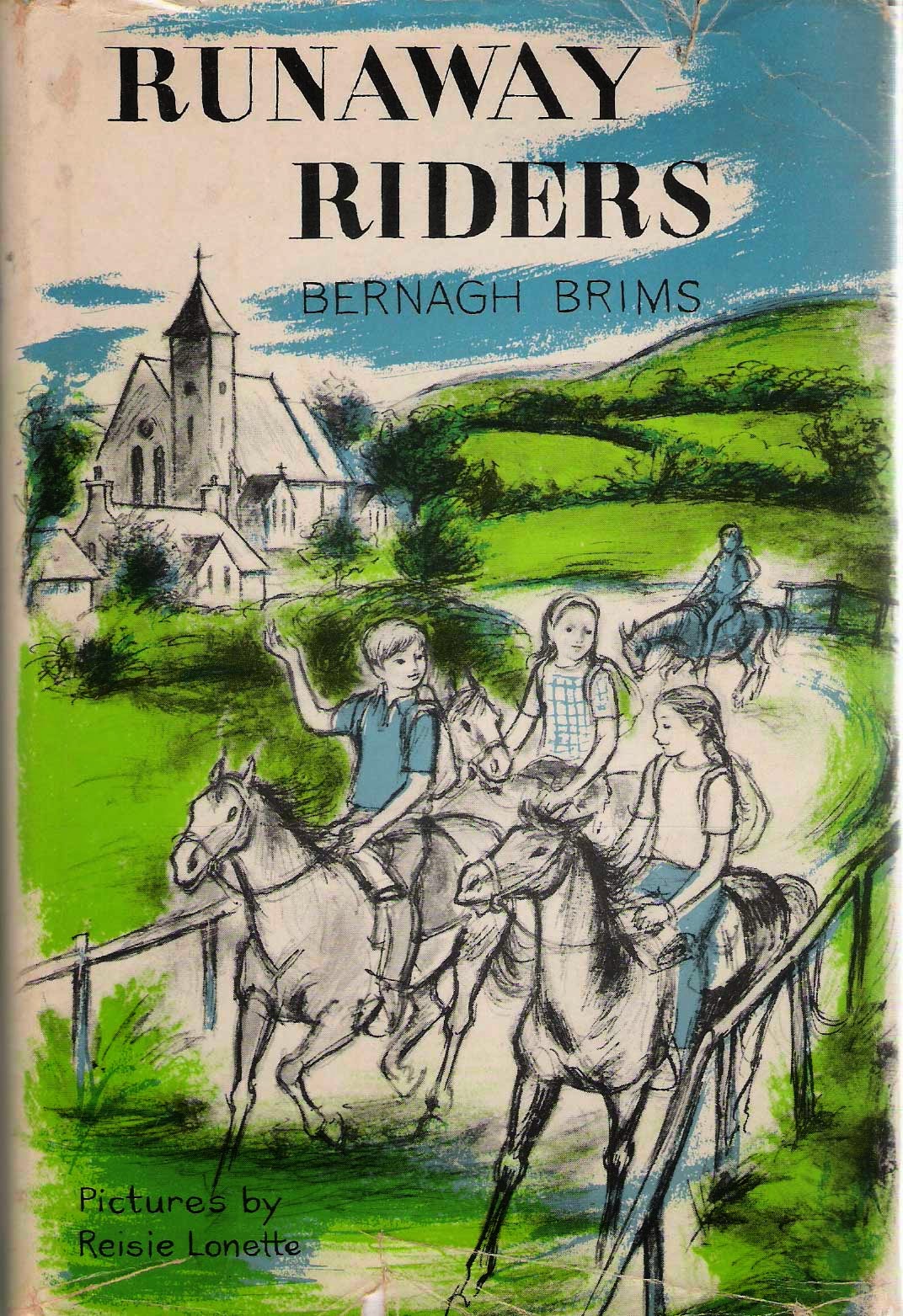 There aren't many pony books that place their heroes right at the top of equine sport right from the word go, with the children taking part in Dublin in Runaway Riders and Wembley in her other book, Red Rosette, but both stories are good wish fulfilment, if a little outside the average rider’s experience!

Runaway Riders has a hero and heroine who don't see eye to eye with the aunt with whom they're staying. When she punishes them by forbidding them from riding at Dublin, they decide to make their own way there by horse, and that's exactly what they do.