- August 26, 2014
Elizabeth Helen Parsons (E H Parsons) was a breeder of New Forest Ponies. Two of her ponies, Garth Remus and Deeracres Sally, were regularly driven by the Queen.

On a less exalted note, Mrs Parsons and her family, fortunately for me, who loves this sort of thing, were endlessly inventive contributors to fancy dress classes. They were stalwarts of the Ponies of Britain Shows, and devised some spectacular costumes. Mrs Parsons also wrote pony books: three, all featuring New Forest ponies. Today's PBOTD, following the holiday theme, is her Quest for a Pony. 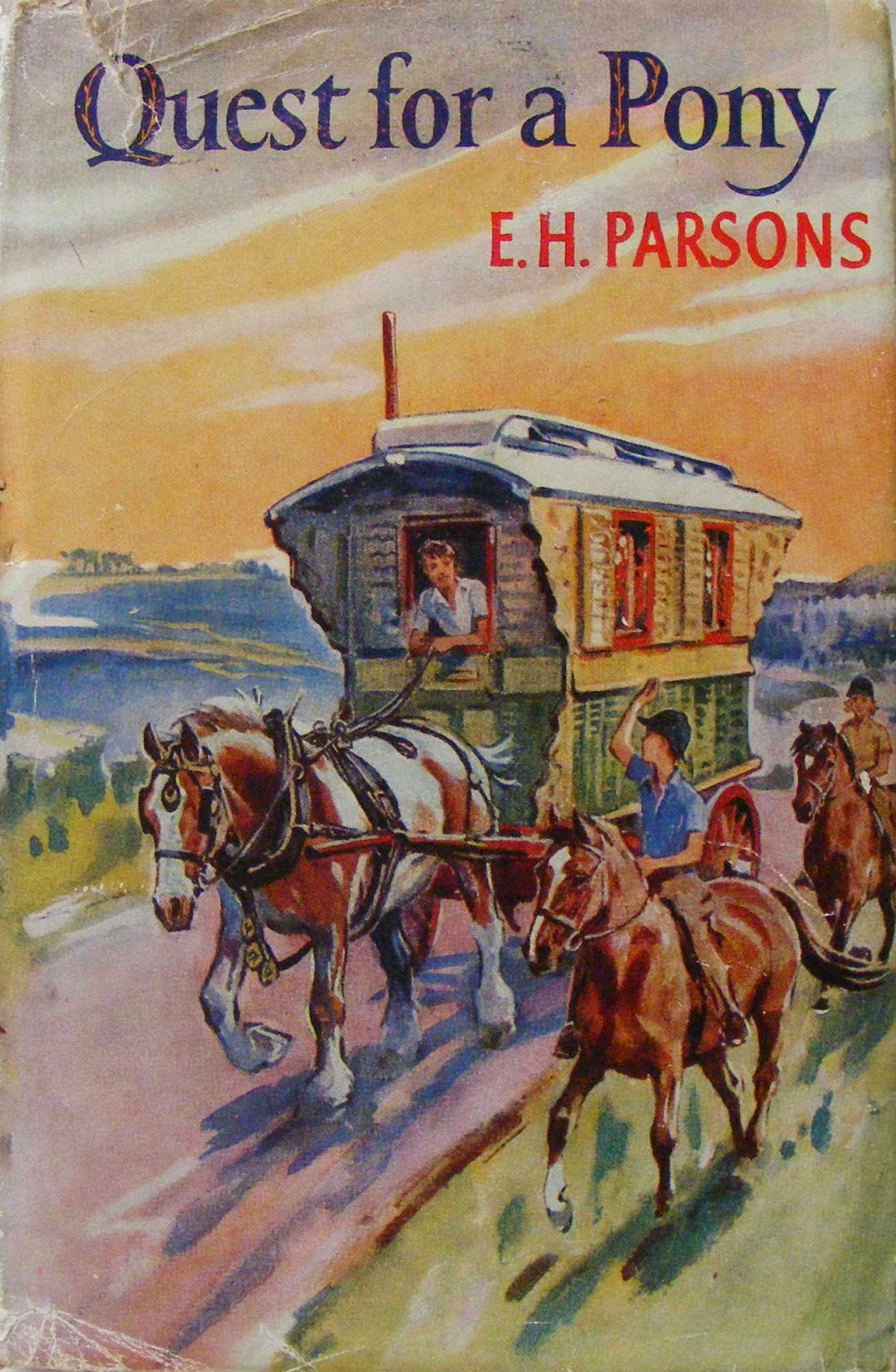 There are four of the Knight children, but they have just the two ponies between them - a situation, it must be said, many pony-less children would have died for - and so they set off in their horse drawn caravan to drive from Haslemere to the New Forest to address the not enough ponies situation, making money as they go.