- August 11, 2014
The PBOTD from today are going to feature holiday stories and treks. There's a rich, rich seam of these. If there are any in particular you'd like to see me include, please let me know in the comments. I'm going to start with probably the best known of all pony book trekking adventures: Jill's Pony Trek. This is the last in the Jill series, and was published in 1962. It was published after the controversial Pony Jobs for Jill, which ends with Jill and Ann deciding to take secretarial courses and not pursue horsey careers. Despite taking a strict chronological approach with the series, Ruby Ferguson made this last story a retrospective. We never do find out whether Jill and Ann go ahead and trot off to secretarial college. What we get instead is Jill describing a story which happened in an earlier summer. 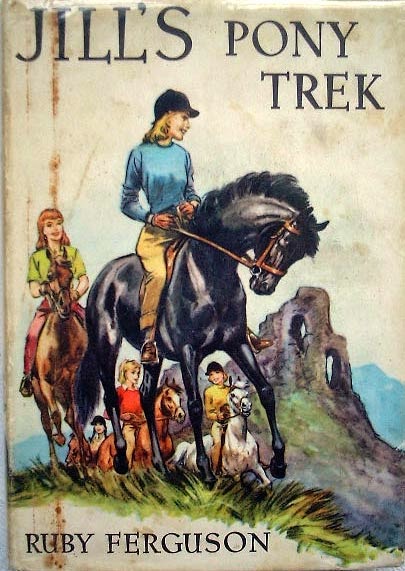 Jill and Ann are asked to go on a pony trek, and off they set, with a party of girls, including the wonderfully named Rosevale Washington (her sisters, by the way, are Altona, Shelby and Bronx). 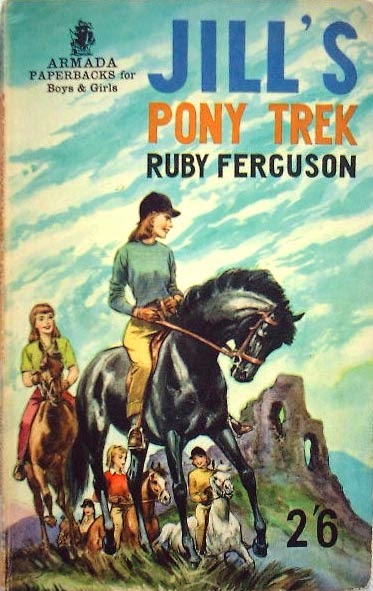 All goes reasonably well until Jill and Ann have to leave the rest of the trek so they can visit the farrier. Once they've done this, neither of them can remember which way the rest of the trek went. They wander on, and find a farm - fortunately for the owner of the farm, who is lying there, helpless, with a broken leg. Ann and Jill duly get the woman shipped off to hospital, and stay at the farm for the night. This allows Ruby to introduce one of her great comic creations: the smothering Mrs Appleyard. It is unthinkable, she says, for the poor girls to stay at the farm overnight on their own. She's going to stay with them, and she's brought her nightie and her little alarm clock. Fortunately Mrs Appleyard's alarm clock lets her down, and she's still snoring loudly when Jill and Ann escape early the next morning. 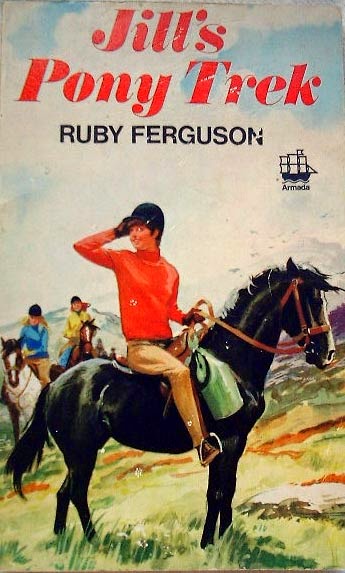 Jill's Pony Trek, is, as Jill says, an adventure: "We do have adventures, but they're such homely sort of ones, I mean, we never get mixed up with Interpol, or see ghost riders , or anything like that. People in books do."

I do wonder if Ruby was having a swipe at the wilder reaches of pony fiction here. 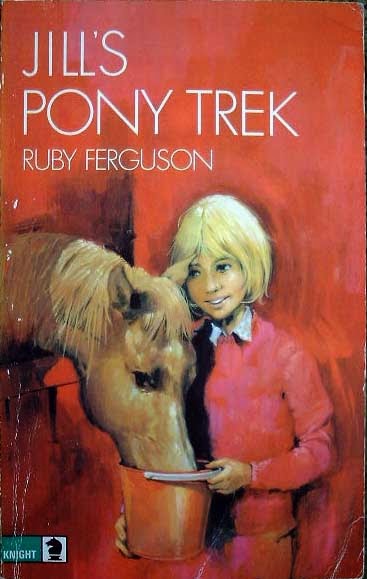