- August 24, 2014
Hilda Bodenham Morris (1901- 1988) wrote over 30 books, of which at least nine were pony books. Her very first pony book was Pony Trek, published in 1947, which is also notable for being, if not the first story about a long ride, the first book to call itself Pony Trek. 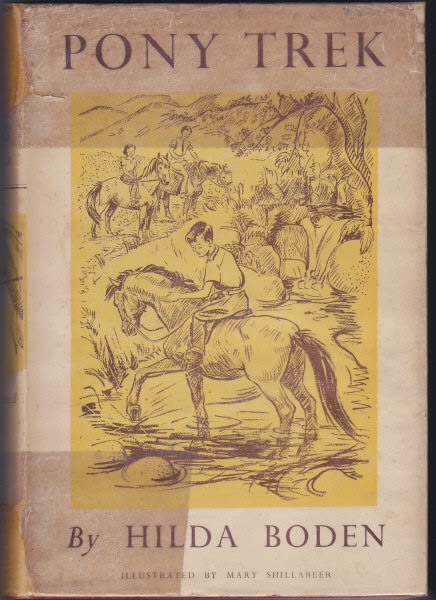 Pony Trek is about Jennifer, John, and their mother Jane. They go to Wales to buy Welsh ponies, but rather than sending them back on the train, decide to ride them home.

Hilda Boden started writing to boost the family's income. Roger, the youngest of her children, always believed that Hilda’s books related incidents that had happened to the family as children, but I don't know whether this included a lengthy trek from Wales!