- December 09, 2014
Here, at last, is the Monica Edwards book I didn't cover earlier in the year, purely because I was saving it up until now. There are books which, for me, are iconic Christmas reads, and Black Hunting Whip (1950) is one of them.

I love the snow drenched cover of the Armada version, painted by Mary Gernat. As far as I can remember from my experiences of that part of Surrey, the vertiginous hill isn't exactly typical, but I love it nevertheless. 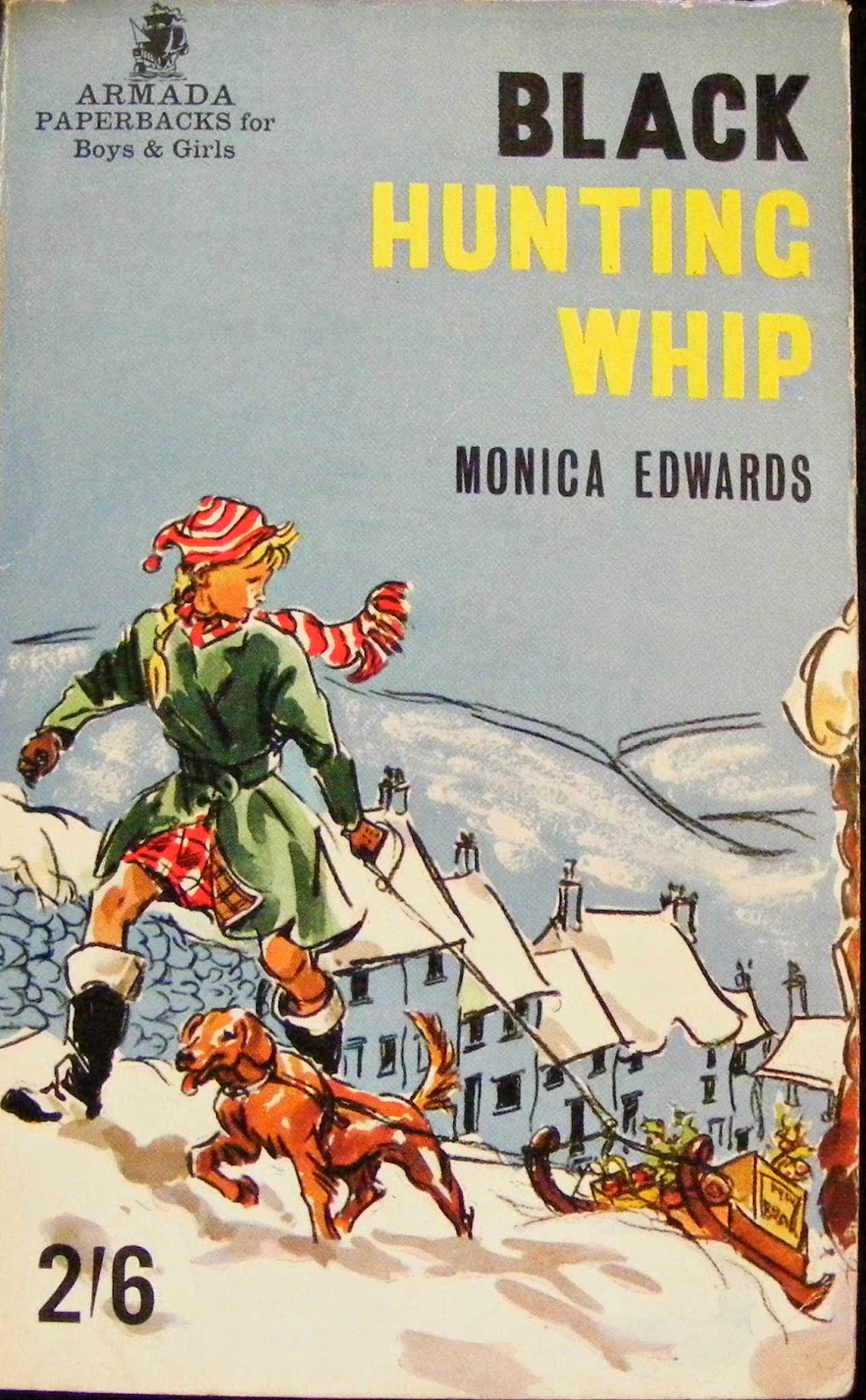 Black Hunting Whip is the sequel to No Mistaking Corker (1947), in which the Thornton family spend the summer holidays travelling round in a horse-drawn caravan. In Black Hunting Whip, they settle down, and move into Punchbowl Farm. This was based firmly in real life. Monica Edwards went to an auction and bought the derelict Punchbowl Farm and moved there with her young family. Much of the book is taken up with the Thorntons adjusting to their new life, but overlaid with it is a ghost story. 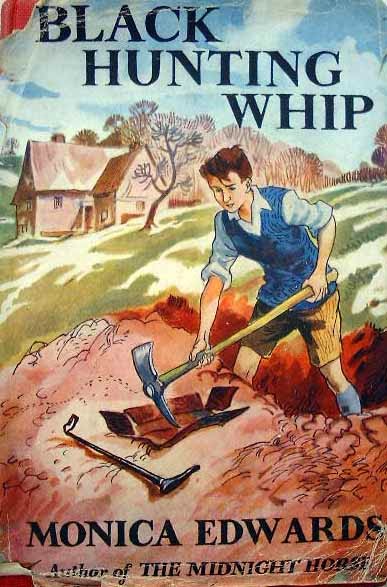 I am not a huge fan of ghost stories, being easily spooked, but I never minded this one. Rather than a malicious haunting, the ghost connects the family with the farm's past. Living in a very old house myself as a child, I was always aware that we were not its first inhabitants, just the latest in a long succession. Sadly we did not have our own ghost, though we too had steps leading to a barn. One day my father opened them up, and I hung around, wondering if they would lead down to some dark cellar and our own Black Hunting Whip, but no. The area under the stairs had been used as a kennel, with the ring still there for tethering the dog, who must have led a damp and uncomfortable existence. We all felt sorry for the dogs who'd had to live there, and Dad closed the steps up again. 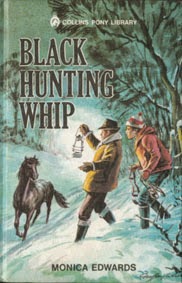 There is more to Black Hunting Whip than the ghost. It has wonderful Christmas scenes, particularly when Lindsey, who's condemned to bed over Christmas after giving herself concussion, has Christmas brought to her.

"Lindsey's mother brought holly and ivy and a bowl of snowdrops from the downstairs rooms to make her bedroom festive, and Peter brought one of the coloured paper balls to hang among her rafters. The wood fire crackled zestfully on the brick hearth and Andrea came up and dusted and tidied till everything was perfect.

Peter brought Sula, Tarquin and Red Clover one by one to Lindsey's wndow to show her all were well, and they were given Christmas apples and sugar lumps while she watched."