- December 26, 2014
Lorna Hill hasn't featured in the PBOTD at all, mainly because I am not a huge fan of her work. Her hero Guy is someone who divides readers sharply. There are those who appreciate his caveman attitudes, and there are those who don't. 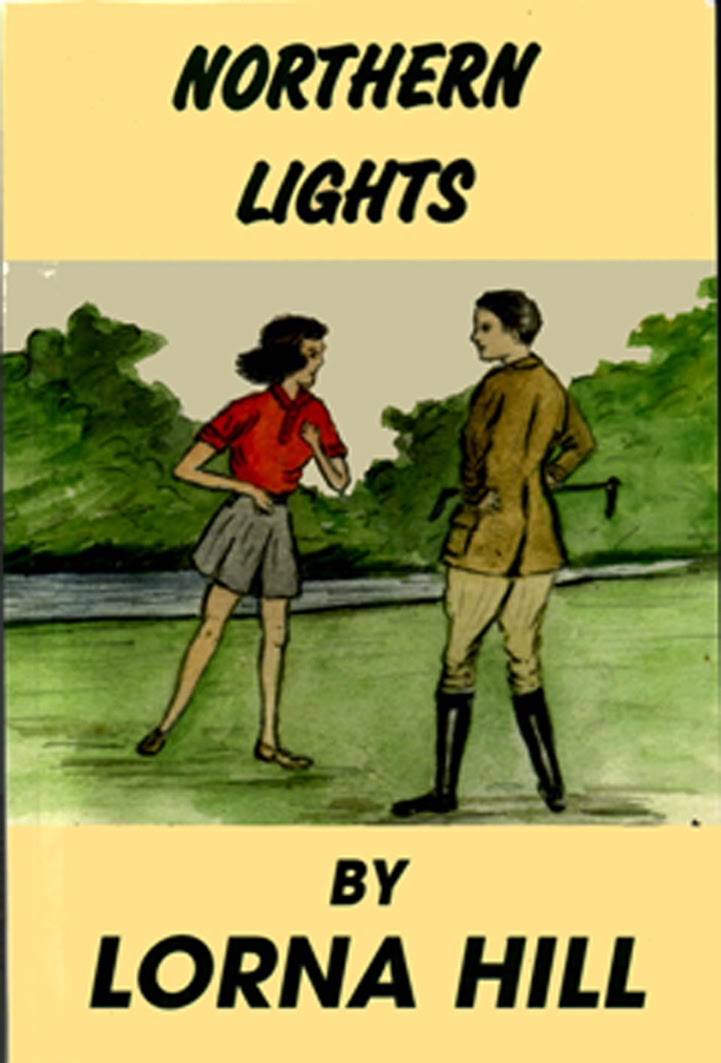 Be that as it may, today's book, Northern Lights (1999), does feature a Boxing Day hunt, which makes it quite a handy book for today. The book is the fourth Marjorie story, but it was rejected for publication when it was written, in the late 1940s, as the publishers thought people would far prefer to read stories which did not mention the war. The book languished until 1999, when publishers Girls Gone By visited Lorna Hill and were told about the story. They published it.

In Northern Lights, the children have a Christmas holiday in a vicarage, where Guy is mugging up his Latin as well as teaching at the local riding school. Guy maintains his position of moral authority, having not just his usual battles with Marjorie, but also spats with the arrogant Avril, and Gina the Polish refugee.

When it comes to the hunt, Guy, Marjorie and Peter are keen, but Esme is vehemently anti. Pan struggles to reconcile her appreciation of the tradition with her acknowledgement of hunting's cruelty. Lorna Hill does provide a rather more nuanced view of the hunt than was usual in pony books, who tended to accept it without question.