- December 12, 2014
PONY Magazine in its early years went all out for Christmas covers. Here's a particularly pretty one by Janet and Anne Grahame Johnstone, from the December 1951 issue. 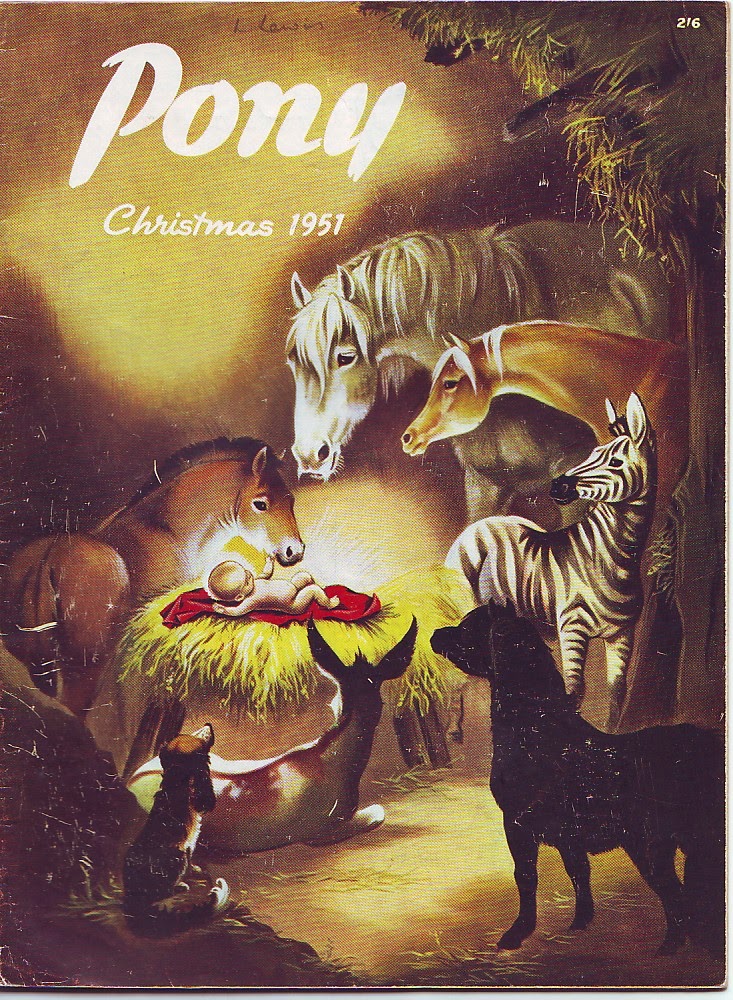 The seemingly rather random selection of equids is explained by the fact that these were Percy (the Przewalski) and his friends, who were inhabitants of PONY Magazine in its earliest years.