- December 03, 2014
Today's guest blogger, Amanda Wills was a journalist, but it took her quite a while to start writing fiction. Like many writers, she tried the conventional route of submitting her manuscript to publishers, and then decided to go her own way. As you'll see, her self publishing adventure has led to a publishing contract.

Amanda is the author of the Riverdale Pony Books, The Lost Pony of Riverdale and Against All Hope, both of which I very much enjoyed.

I can still remember the exact moment I hit the upload button. It was spine-tinglingly exciting. With the click of a mouse I turned from frustrated novelist into indie author. As the TV meerkats would say, Simples!

What could be easier? Knock off 50,000 or so words, think of a title, design a cover, upload it to Amazon, and hey presto - you're a published author.

And so it might seem at first glance. The self-publishing phenomenon has given the world and his dog the opportunity to publish their own books from the comfort of their kitchen table.

There's a tsunami of advice on the internet to wade through. Self-published books on how to self-publish books seem to be an industry in their own right.

It was this freedom to take a different road than the traditional publishing highway that gave me the courage to flip open the laptop and begin writing.

I'd always written - I've been a police press officer for the last five years and was a journalist for more than 20 years before that. In all that time I'd never had the nerve to try my hand at fiction. But I'd been a voracious reader since I was tiny and the desire to write was always there, in the back of my mind.

I began writing The Lost Pony of Riverdale in the summer of 2012. I sent the first three chapters off to three different agents with misguided optimism and felt just a little crushed when three rejection slips eventually arrived on the doormat. 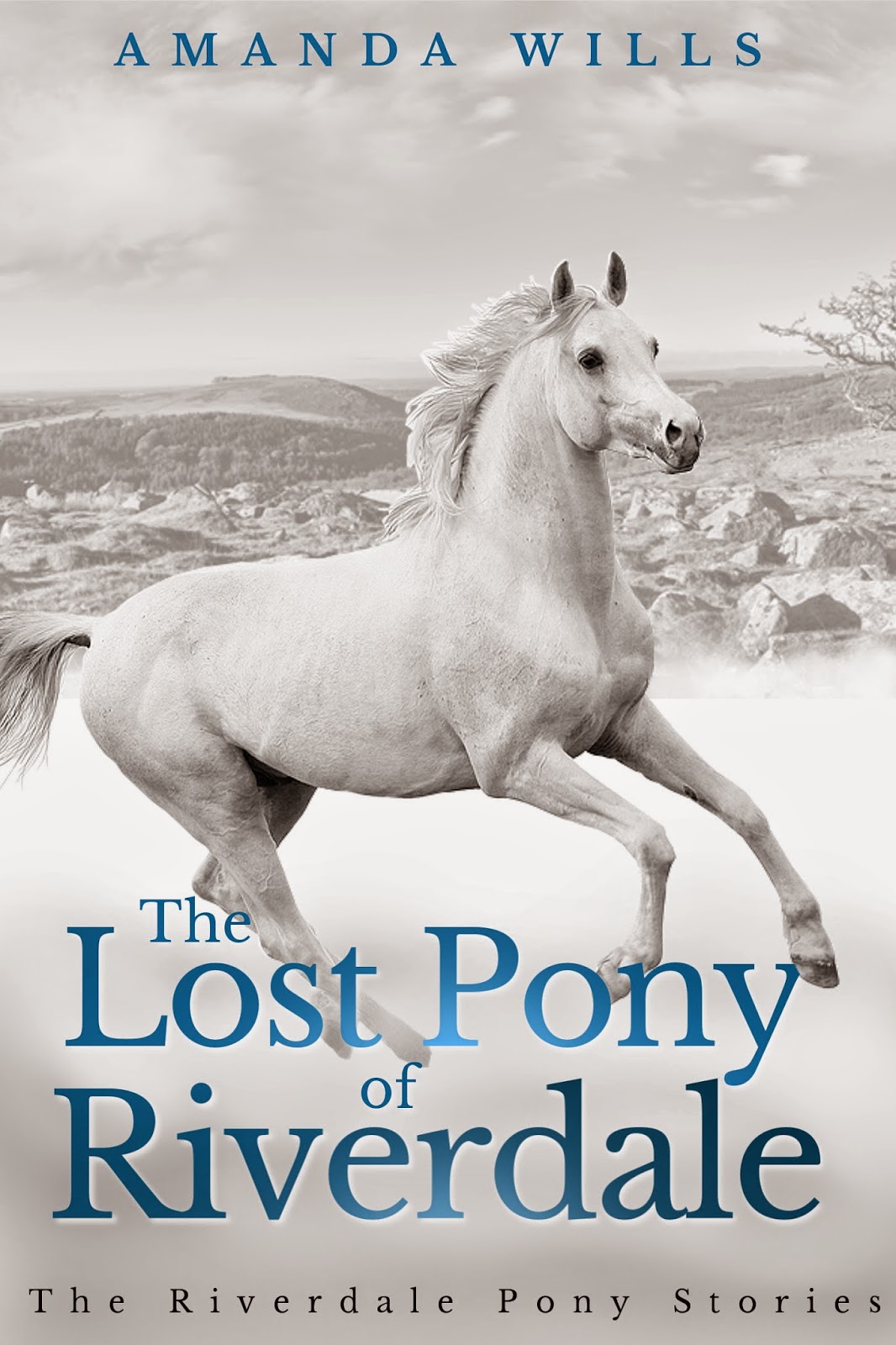 However, that's the beauty of self-publishing. I knew that the manuscript I'd edited and re-edited, polished and refined, need not be consigned to the bin.

The two books tell the story of eleven-year-old Poppy McKeever, who moves from London to an old cottage on the edge of Dartmoor. She finds a Connemara pony running wild on the moor and vows to catch him before he is rounded up in the annual drift.

Although I have included the main ingredients of a traditional pony book - not least a pony-mad but pony-less girl and a mysterious pony with a tragic past - other important themes run through both novels.

The central theme is mothers and daughters. In The Lost Pony of Riverdale, Poppy is still coming to terms with her mum's death and must find a way of letting her stepmother Caroline break through her defences. In Against all Hope there is a very different mother/daughter relationship under the spotlight - that of Poppy's new neighbour, Hope Taylor, and her mum Shelley, which serves to remind Poppy just how lucky she is.

I also feel very lucky. Earlier this year fellow pony book author Jane Ayres introduced me to her agent, who liked the Riverdale stories and has subsequently sold rights for the first book to Sweden, Finland and Norway.

Finding a traditional publisher in the UK may not be on the cards at the moment, but the book will be translated and enjoyed by hundreds of pony-mad Scandinavian girls, which is more than I could have hoped for when I began writing all those months ago.

And so I have an agent who likes my work. I have a publishing deal. I will continue to self-publish the Riverdale stories on Amazon while working on a totally new project that is slowing taking shape in my mind. 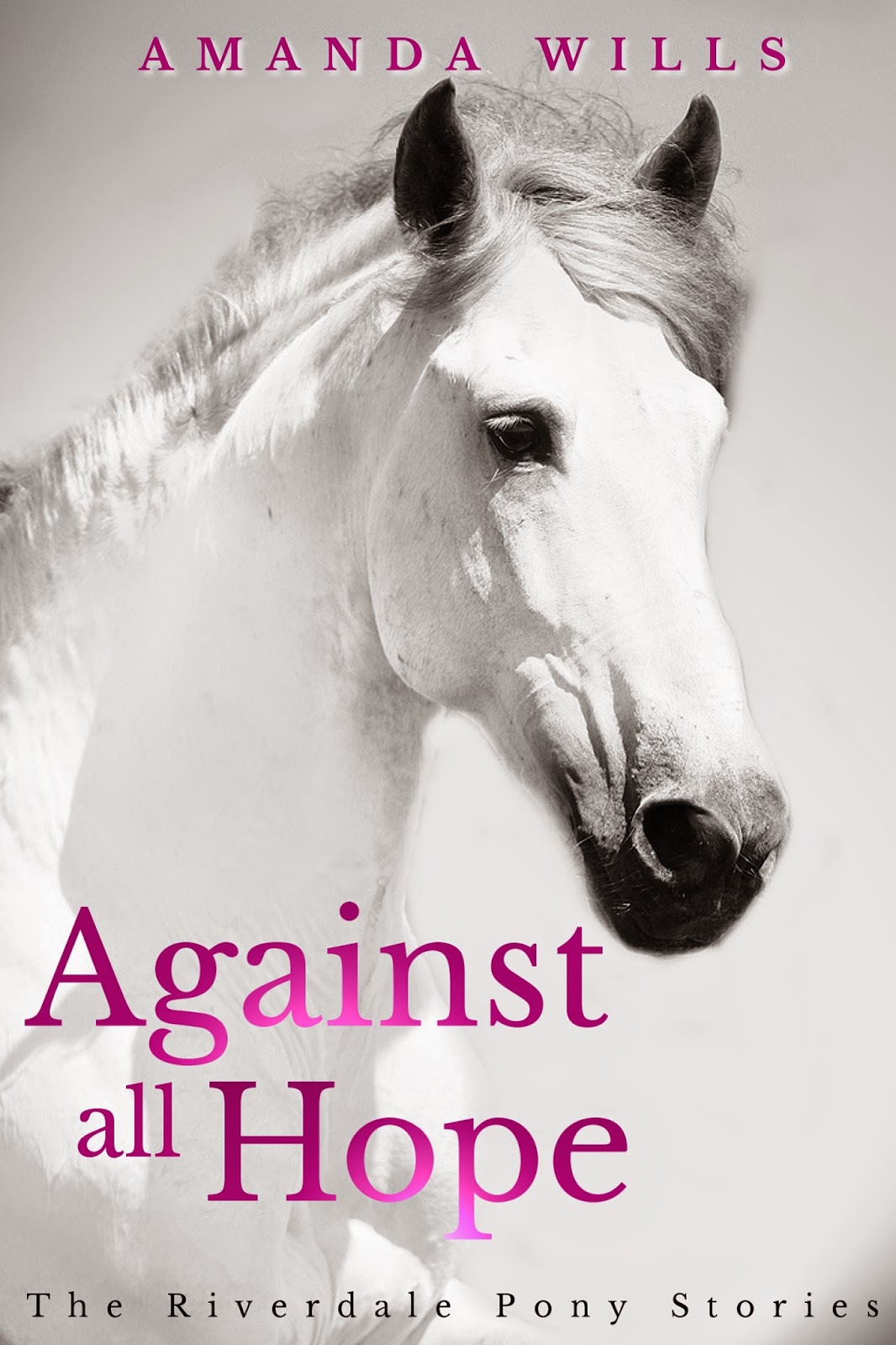 It's not been a doddle. Although I had a vague idea of the plot for the first book I laughed in the face of people who advised me to plan, plan, plan. Fortunately the characters and story evolved organically.

I used the same ‘no planning’ method in Against all Hope and it was a real struggle. I almost gave up and walked away on several occasions. I was determined to spend more time on characterisation and plot structure before I launched into Book Three but, true to form, I dived straight in. I have come to realise that it might not be the right way to write, but it's my way.

Self-publishing has been both terrifying and exhilarating. It's been tremendously hard work. I've had to fit writing around my young family and part-time job. Sometimes, by the time I finally sit in front of the computer, all energy and ideas have leached away and I'm left staring at a blank screen in frustration. Being an indie author can also be isolating. There's no-one to give you guidance, no-one to fight your corner. You have to become an overnight expert in everything from formatting to finding the best platforms through which to sell your work.

Yet in some ways it's so easy. The only deadlines you have to meet are the ones you have set yourself. You can dictate your own terms on everything from the book titles and covers to the tiniest style points. The physical uploading of the book takes minutes.

I didn't have my manuscripts professionally edited - I made use of the two journalists in the family. I could picture what I wanted for the covers and my husband made them happen. It turns out he has a real flair for design. A lot of indie authors say the hard work begins when the book has been published, and I would echo that. Marketing your book, making sure it remains visible to potential readers, is without doubt the biggest challenge of them all.

I could spend hours and hours promoting my books on Facebook et al, writing blogs, giving talks to local schools, and I have certainly dabbled in all of that. But the biggest boost to sales of The Lost Pony of Riverdale came when I published Against all Hope. People like a series to read, without doubt.

So recently I made a conscious decision to spend the precious time I do have actually writing. I am now on the second draft of Book Three, and am beginning to think about the fourth.

I don't know how many more Riverdale books there'll be - the characters are so alive in my imagination that I couldn't bear to let them go just yet. What I do know is that self-publishing gave me the opportunity to share my stories with other people.

And for that I will always be grateful.

Christina Wilsdon said…
Thanks, this is so inspiring to read. (And your Eeyore quotation in the title is one of my favorites...I had it posted on my bulletin board when I was in college, writing my thesis late at night and trying to type quietly on my old Smith-Corona! which, of course, ain't possible.) Looking forward to reading the books!
3 December 2014 at 16:28

Amanda Wills said…
Thanks Christina, I'm glad you enjoyed the post - and top marks for spotting Eeyore's insightful observation on the over-rated business of writing! It's one of my all-time favourite quotes, too. Hope you enjoy the books!
4 December 2014 at 12:00

jane ayres said…
Thanks for the mention! Enjoyed reading this post and wishing you loads of luck with all your writing projects. Love those book covers too!
6 December 2014 at 19:43

Amanda Wills said…
Thanks Jane! I thank my lucky stars our paths crossed at your brilliant day school in Canterbury earlier this year. it must have been fate!
7 December 2014 at 08:55