- December 08, 2014
Unlike yesterday's PBOTD, Elyne Mitchell's Silver Brumbies of the South, Monica Dickens' World's End in Winter has maintained its hold on me. The Fielding family went to live in a tumbledown disused pub because they were getting on less than well with Uncle Rudolph and Aunt Valentina, with whom they were staying because their father was sailing round the world, and their mother was badly injured in a fire. They do not have an easy time of it: they're lucky in that the oldest of them, Tom, is 17 and can get a job. Although it never struck me at the time, there is no way the book could have worked without having someone old enough to earn. Despite Tom's wages, life is still a struggle, particularly when the family have a talent for rescuing the suffering, both animals and human. 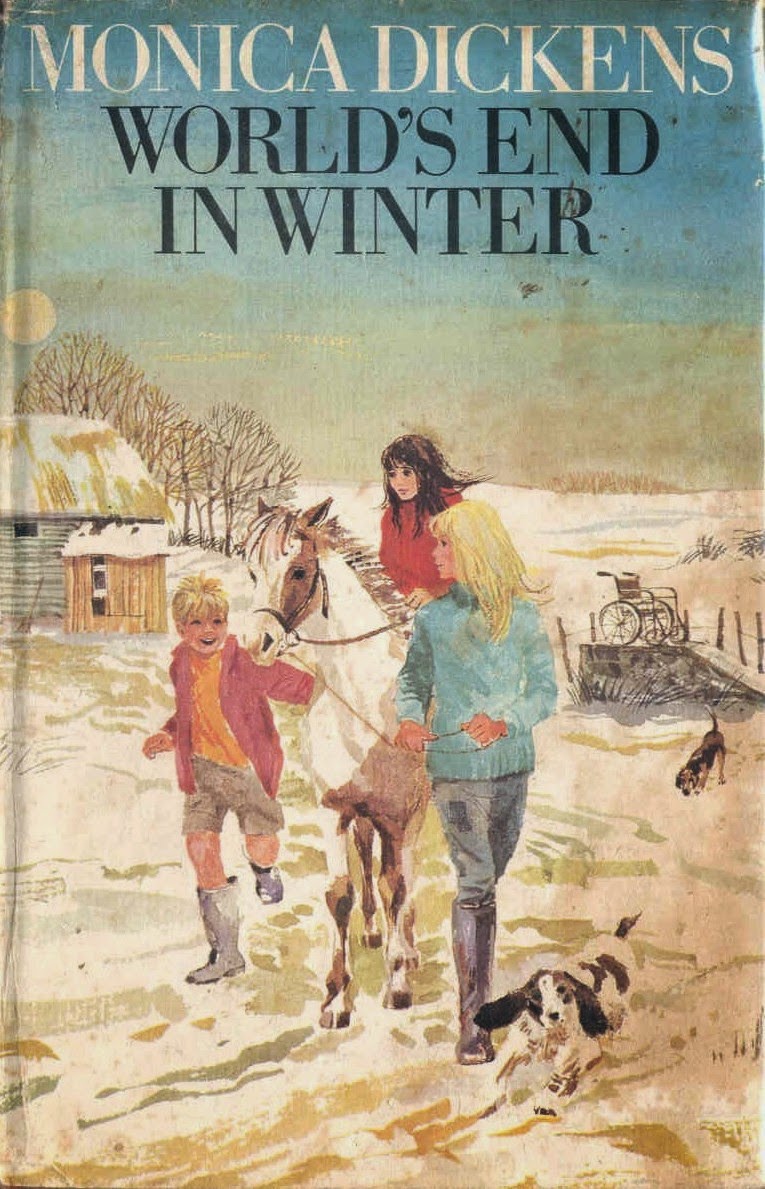 World's End in Winter is the one book in the series in which the Fielding parents are actually present, though Mr Fielding spends his time locked away, trying to write up his adventures, and not contributing anything useful to the household at all. As an adult, you can see just how spectacularly feckless Mr Fielding is. Thank goodness his children are rather more switched on. 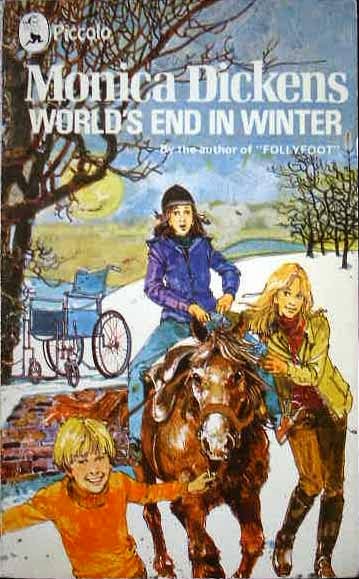 They're a decent lot, the Fielding children, and when Carrie and her friend Lester come across Priscilla, the adored but oddly marginalised daughter of a sporting family, who are not coping well with the fact she is in a wheelchair, they decide to help by providing their own version of Riding for the Disabled. 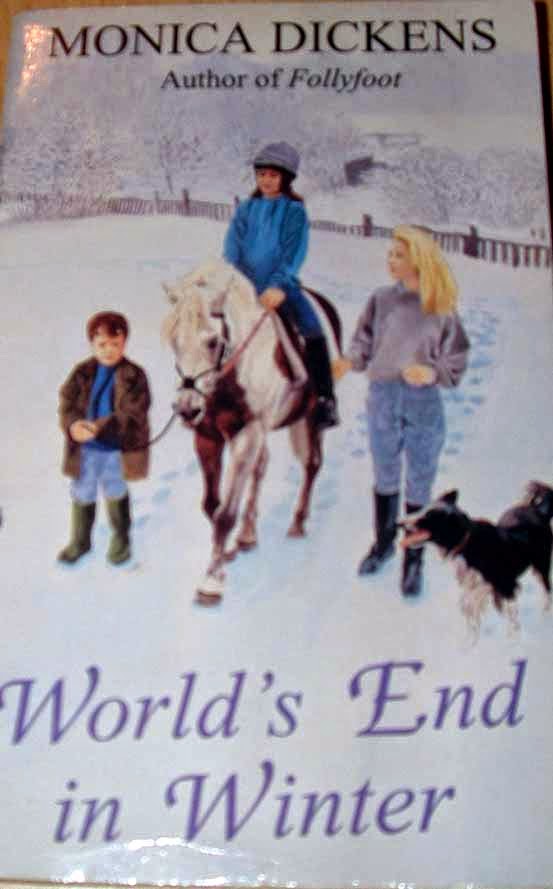 It does of course work, and Priscilla is transformed. She doesn't, I don't think, appear in any of the other books, but she is one of those characters who get under your skin. She is so spectacularly unlike her family, and I wonder how she coped with that as she grew older. Perhaps she simply went her own quiet way until she was old enough to have a World's End of her own.