- December 19, 2014
The next few blog posts are going to feature pony annuals, because it will be a rare pony loving child who did not receive one for Christmas.

My sister and I had a few PONY Magazine annuals between us - a big favourite was the 1973 one, because it had an article on Julip horses. The lucky subject of the article had a whole stableful of them. At that time, my sister and I had precisely none, but that didn't stop us wanting. We lived through that child and her table top crammed with horses.

Of course, at that age, it doesn't occur to you that the annuals you love have to start somewhere. Percy's Pony Annual wasn't the earliest pony annual - that honour belongs to the Pony Club, but it's certainly the most charming of the early efforts. It was the first annual published by PONY Magazine, and was quite unlike the ones that came after it. Percy the Przewalski, and his friends, had their own little section in the magazine. Readers could join the Percy and Allsorts League (PAL). For 2s 9d you could get a PAL badge, but that wasn't compulsory. The objects of the club were to unite its readers and make them as happy as possible, and for you to save a little money as often as you could for societies who helped horses and ponies. 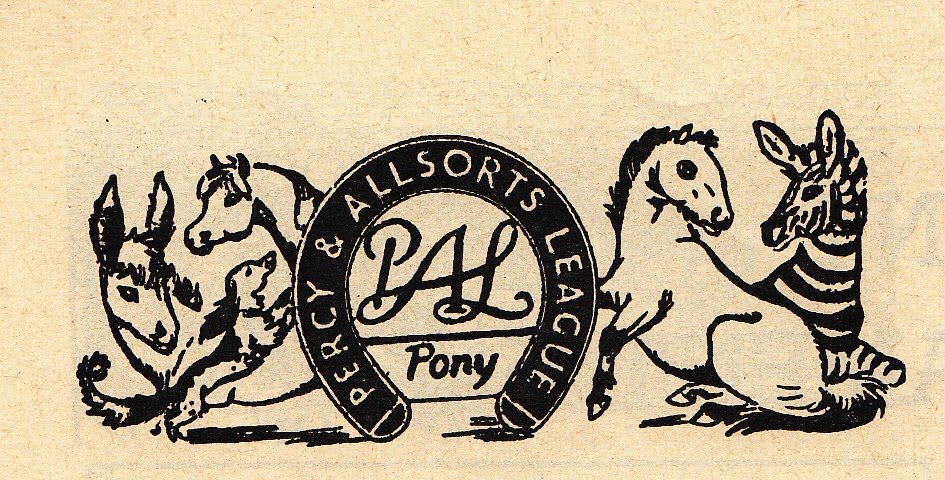 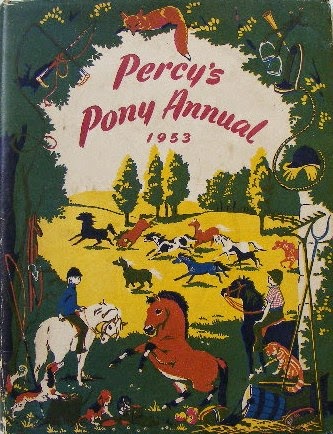 The book had an amazing full colour dustjacket by Janet and Anne Grahame-Johnstone, which I reproduce in full below because it is such a thing of beauty. 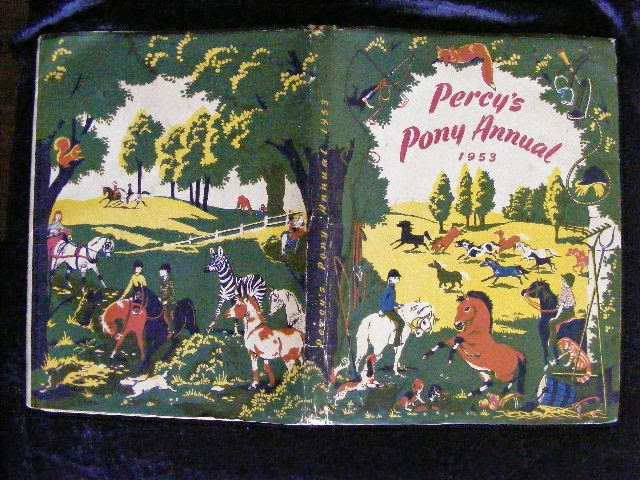 I can only guess that the annual didn't sell as well as the publishers hoped, because no more appeared. The next PONY Annual made its appearance in 1962.