- December 30, 2014
Today's PBOTD is Joan Selby-Lowndes' Family Star (1961), it is Jenny's birthday. It's a day which starts well, but it ends badly when Jenny finds the family's pony, Kitty, is lame. Kitty is not just any pony: she works for her living, pulling Jenny's father's flower cart. 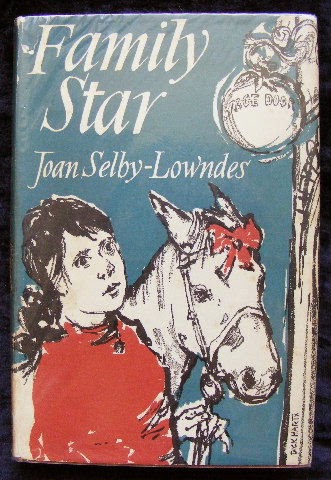 The family is now up against it, as with no pony to pull the flower cart there is no income. Jenny, however, has some talent as an actress, and she gets a part in a pantomime. Fortunately, there's a part for Kitty too.