- December 05, 2014
One thing that puzzles me about children's literature this century is the explosion of beautifully illustrated picture books. There are millions of them; so much so that in the local libraries I've worked in they take up more shelf space than anything else in the children's section. But when children get just that little bit older, all that creativity, and beauty, is suddenly denied them. You might get a few little decorations here and there, if you're lucky, but full page illustrations are rare. 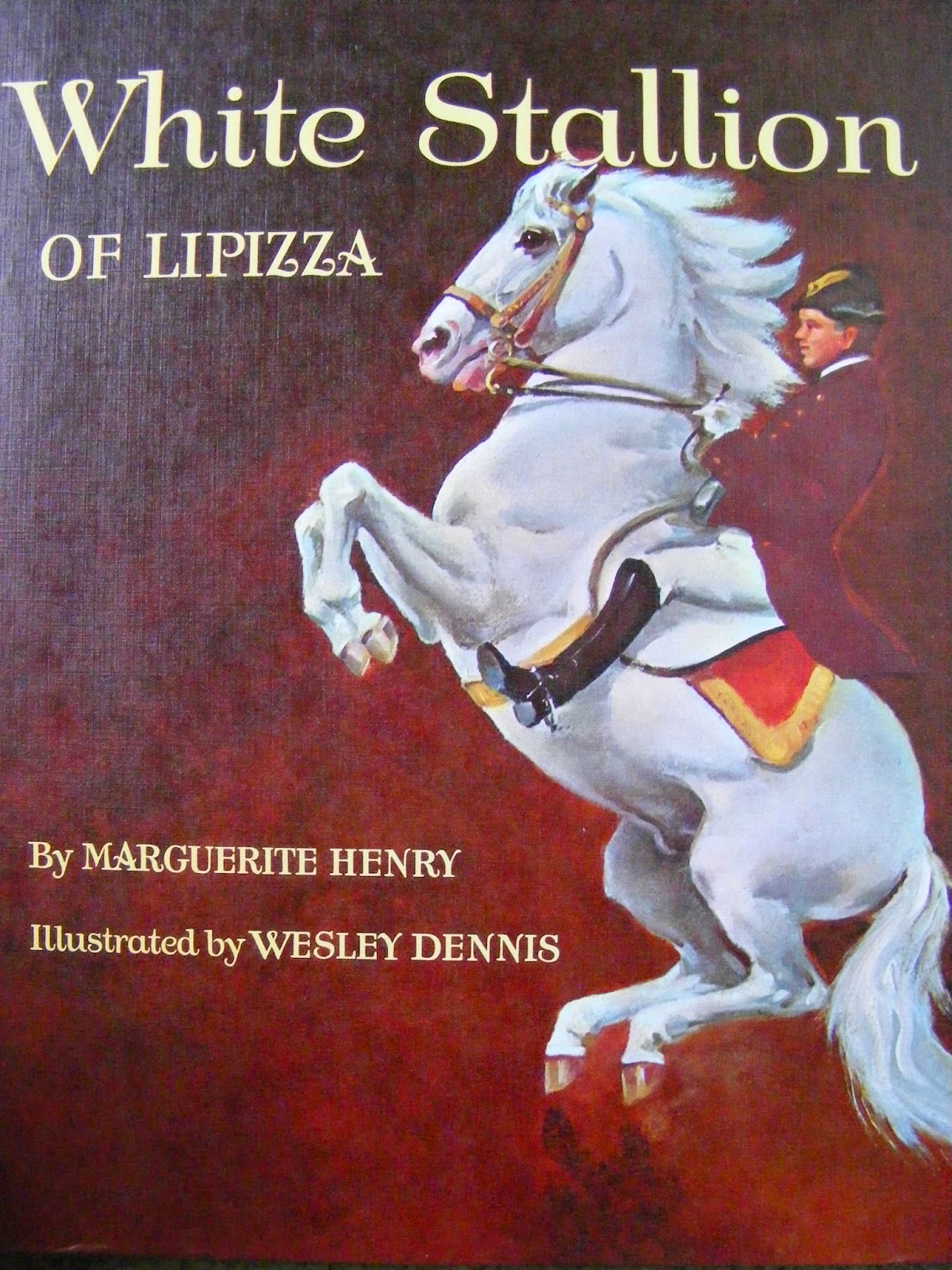 That makes the Marguerite Henry books I have all the more precious, because they are absolutely loaded with illustrations. Marguerite Henry were illustrated by the brilliant Wesley Dennis, from her first book Justin Morgan Had a Horse, published in 1945.

Nearly twenty years later, Henry and Dennis were still working together. The White Stallion of Lipizza (1964) is the story of the Spanish Riding School's famous Maestoso Borina, who teaches the young rider, Hans, as he progresses from a beginner to a performing beireter.