- December 21, 2014
I loved the Pony Club Annual, which was as close as I ever got to the Pony Club. My sister and I had two. I hung on to mine for years, and then decided that I would sell them, which I did. The next year I decided that Pony Club annuals were a subject ripe for investigation, so I had to find new copies of the ones I'd sold. And copies of pretty well every other one published (I still don't have a complete run, but am not far off). 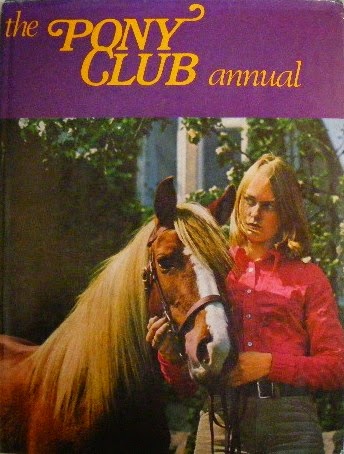 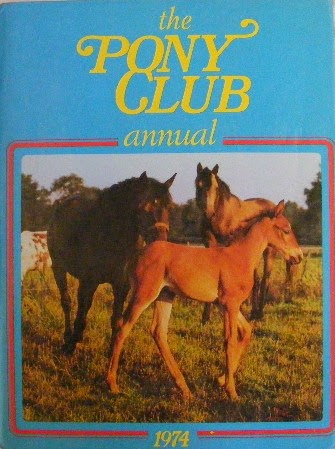 The annuals I had were edited by Genevieve Murphy, who was the second editor. The first, who started the whole thing off, was Alan Delgado. And below is the very first Pony Club Annual. It appeared in 1950, and included a short story by Pamela Whitlock. It was beautifully illustrated, with contributions from Michael Lyne, Marcia Lane Foster,Joan Wanklyn, Sheila Rose and Peter Biegel. The Pony Club Annual does still exist, but is now a recitation of Pony Club members' achievements. The last traditional annual appeared in 1985, and here's a picture of it. 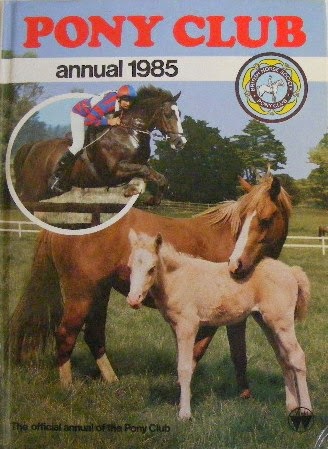 More on the Pony
PBOTD Year of Pony Books