- December 17, 2014
Today's PBOTD is the second that celebrates the fact it's the Olympia Horse Show this week. 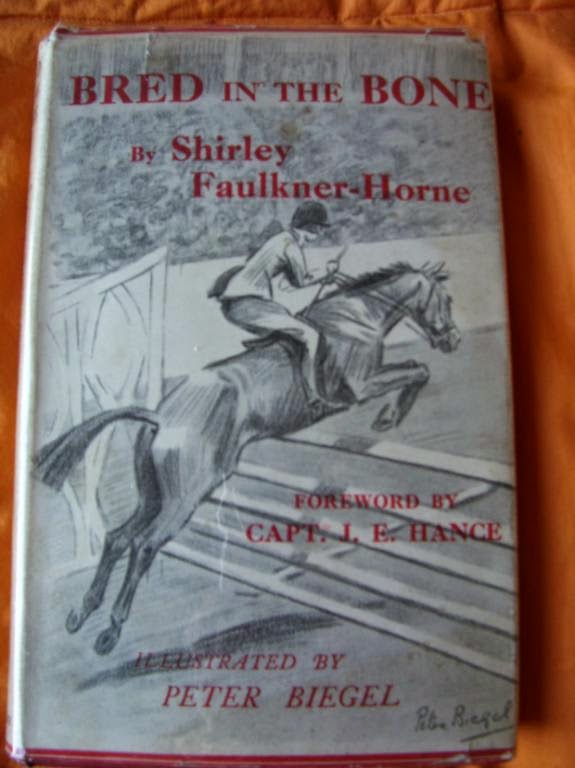 Shirley Faulkner-Horne was an early contributor to Riding Magazine, for whom she wrote several non fiction articles in the 1930s. Bred in the Bone was her first fictional work, and has a heroine who is not allowed to ride after someone in the family was injured in a riding accident. Cherry, however, is made of stern stuff and is determined to ride. Her grandmother helps in this by giving her a pony, Brownie, and the gardener helps by teaching her. Fortunately he used to be in the Cavalry, and he does such a good job that Cherry gets to appear at Olympia.