- December 07, 2015
Today's book is Diana Pullein-Thompson's Riding with the Lyntons. Heroine Lesley has moved to the country from town, and is, until she meets the Lynton family, lonely. The Lyntons represent a totally different world to Lesley. It's one with plenty of companionship, generally good-natured family bickering, and lots and lots of animals. Christmas occurs while Lesley and the Lyntons are still delighted with each other, and before the incident that drives what seems like a permanent wedge between them. The present she's given seems to represent all the liveliness of the new world she thinks she's a part of, and makes the later ostracism seem all the more brutal.

"We had great fun pulling crackers and we made a lot of noise with the trumpets, whistles and rattles which we got out of them. Then Paulla and Jon disappeared, and returning a few minutes later, they said, "Shut your eyes, Lesley, tightly. Don't look or we'll never forgive you." I followed their instructions and suddenly something warm and wriggly was dumped on my knee.
"All right. You can open your eyes now," called Donald.
I looked and there in my lap was a black Labrador puppy.
"She's from all of us and her name is Magic," said Paulla.
For a moment I was too pleased and surprised to speak. I picked up the puppy and kissed her and then I started to thank everyone.
"She's the most wonderful present I've ever, ever had," I told them. 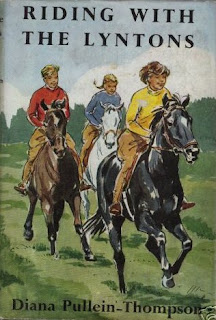