- December 11, 2015
Diana Pullein-Thompson's A Pony for Sale is the story of Martini, the pony who becomes a Christmas present that goes wrong. Broken in by Guy Beaumont, he sells her to the Cox family as an early Christmas present for their daughter, Pip. Pip is initially thrilled by Martini, a far cry from her outgrown patent safety pony, Rex, but Pip is nervous, and inclined to be influenced by others. She is too nervous of her parents to tell them that things are not going well with Martini, too afraid of her friend Tessa to tell her to ride sensibly and not hot Martini up, and too afraid of being despised to ask for help. 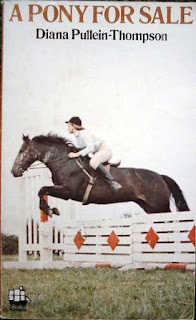 After a disastrous hunt in which Martini bolts, Pip finally plucks up the courage to tell her parents how badly things are going. They blame Guy Beaumont, and Martini is sold on to the brutal Lydia Pike. Pip gives up riding altogether shortly afterwards after a fall broke her nerve. 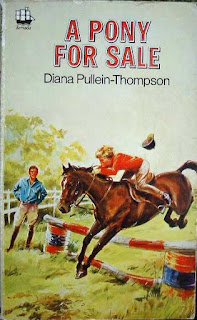 Martini goes on to have a truly terrible time at the hands of Lydia Pike, before being bought by Lettie Lonsdale, who is the polar opposite of Pip, and is able to re-school Martini. 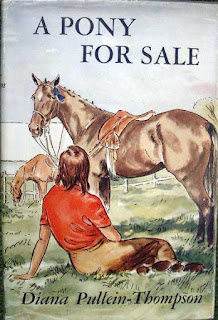