- June 21, 2014
Today's PBOTD celebrates the life of one of our finest pony book authors, Josephine Pullein-Thompson. This feature is illustrated by the battered remains of my childhood collection of her books. They're creased, and covered with sellotape, because I read them so often they fell apart.

When you're a child, you don't think about an author's characterisation, or how good a plot line is, and whether the editing's all it might be. What you want is characters you identify with - characters you could imagine yourself commiserating with as yet again, you fail to catch your pony, chatting as you ride off down the lanes during long, hot, summer holidays. You want stories that you can believe in, and you want horses and ponies you can believe in too. You want, or maybe need, a world that is better than your own. One in which you can have the pony you know you'll never get in real life. One where you're taught to ride the right way, instead of one you know is hopelessly out of date, but which you settle for because it's all that's available. 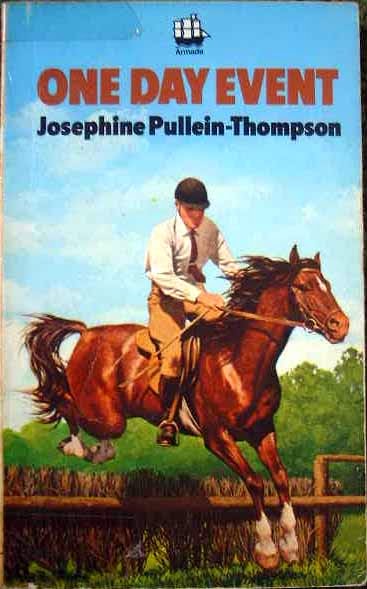 You want a dream world, but you want one where the shift to that dream world is small; just a little side step so that, if things were different, it could be your life. It could be you who had that pony, and who did things in the right way, and who lived in a world where, in the end, life, though messy, was full of warmth.

And that is what Josephine Pullein-Thompson gave me. The first book I read of hers was Show Jumping Secret, in which polio-stricken Charles overcomes the sneers of his cousins, who ride in an old-fashioned and unthinking way, and triumphs, winning a major show jumping event. And showing everyone that riding with your mind, and in sympathy with the horse, was best. Most of Josephine's characters didn't achieve such heights, but they were all often, like me, the odd child out. They were outsiders for different reasons: Noel with her lack of pony and chronic lack of self confidence; Charles because of his disability; Patrick and Sara because of their determination to ride the right way; but they all in the end come to some sort of accommodation with the community in which they live. They muddle through, but they keep hold of their convictions, and they get there in the end. 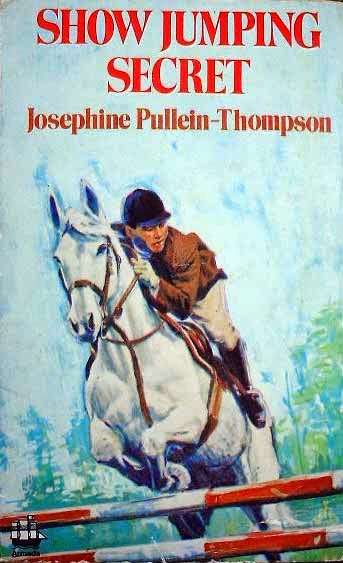 I was lucky enough to meet Josephine Pullein-Thompson, and to speak with her on several occasions. When I last spoke to her, last year, she was full of her characteristic vim. She got on with life no matter what her health problems were, and by that time they were severe. She was still able to read, she told me, though these days it had to be via a huge television screen to overcome her eyesight problems. She was absolutely free of any self-pity - she was immensely interested in the technology that meant she could still read, and viewed the whole thing as an opportunity to experience something new, and certainly not something that was going to hold her back.

Josephine wrote thirty two pony books in a writing career which stretched for over fifty years. "Books by the Pullein-Thompsons... are in the top class,” wrote Col C E G Hope, editor of Pony Magazine. Oh, they were, and they are.

I am very glad that I was able to tell Josephine, in a fulsome and no doubt embarrassing way, just how much her books had meant to me. She took it, as she did everything, with enormous grace, and great humour, and fed me boiled eggs for lunch. I loathe boiled eggs, a fact which was clear to both of us, but for her, I ate them.

Konstanze said…
In my opinion, J P-T was probably one of THE best pony book writers of all times, definitely my favourite off the three P-T sisters. The only sad thing in my opinion was that her output was not greater. When one looks through the 60, 70, 80 book series of popular modern pony books churned out on a monthly basis these days, one of J P-T's books was worth 100 of those. I am immensely sad that she has died.
2 September 2014 at 18:00

Rosemary MacKenzie said…
I loved Josephine Pullein Thompson's books as a child and still love them as an old woman - all the Pullein Thompsons' books. They were the next best thing to having a pony of my own to ride and school. If I had had a pony, Josephine's books would have been one of my teachers. Her descriptions of schooling and horsemanship are so clear. You know that with hard work and practice and patience you'd get there - like Noel.
14 September 2014 at 21:29