- July 09, 2014
Vian Smith's Come Down the Mountain is a book of which I am extremely fond. It's the story of a girl who's a misfit at school and in her village, but who's brave enough to do what she thinks is right in defiance of her community. There's a thoroughbred horse who lives in a field at the end of the village, who was owned by an eccentric landowner on whom the entire village's livelihoods depend. He dies, and nothing's done with the horse and no one is brave enough to do anything about him, until Brenda decides to act.

Here's the first edition, with cover illustration by Elisabeth Grant. It was published in 1967. 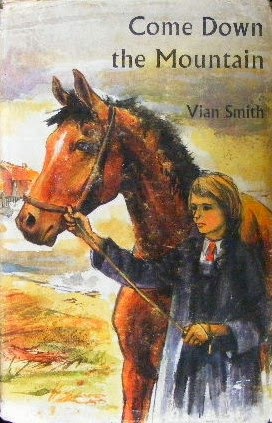 The American edition, published by Doubleday in 1967, doesn't have anything obviously horsey about it at all, but the backward leaning houses seem to suggest the buttoned up refusal of the village to challenge accepted mores.

And here's a reprint, by Viking, which I also like. It was published in 1980. 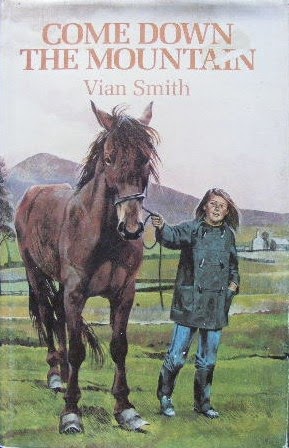 And then there's this. If you subtract the terrible horse, the child is rather well done, and the background is good too, but the horse, oh, the horse. 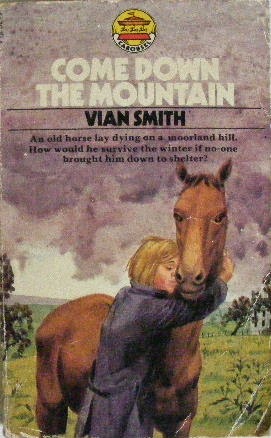