- July 01, 2014
Carrying on the theme of pony book covers which don't do what's within justice, I give you Burke's reprint version of The Lost Pony, which appeared in 1964. The immensely long white mane, with the dear little curl on the left hand side, foreshadows My Little Pony. It's one of those illustrations where I cover bits up to see if it's any better that way. The nose is ok. And the ears are ok. And that's my positive thinking for the day. 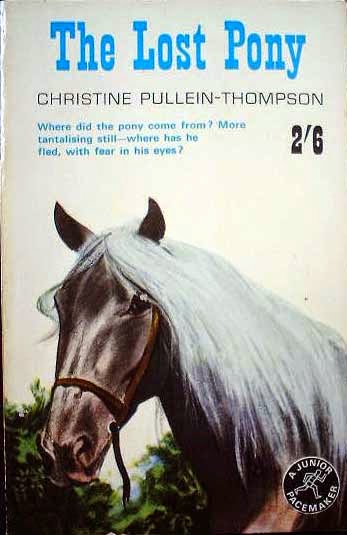 Below is the original Burke hardback first edition, which was illustrated by Sheila Rose and published in 1959 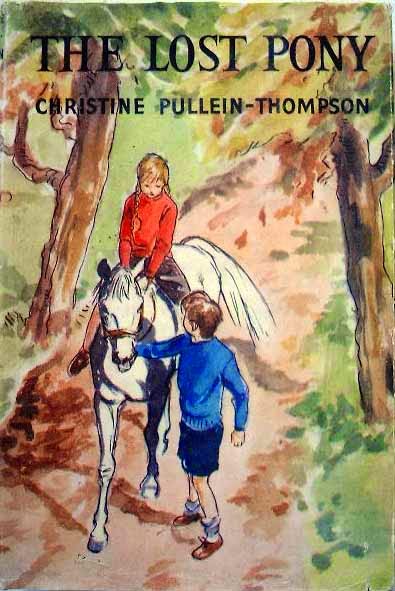 And this is the Dragon/Granada paperback reprint, which has a lovely cover illustration. It's not, as far as I know, credited, but if anyone can shed any light on the identity of the artist, I'd be grateful. I think it's my favourite of them. 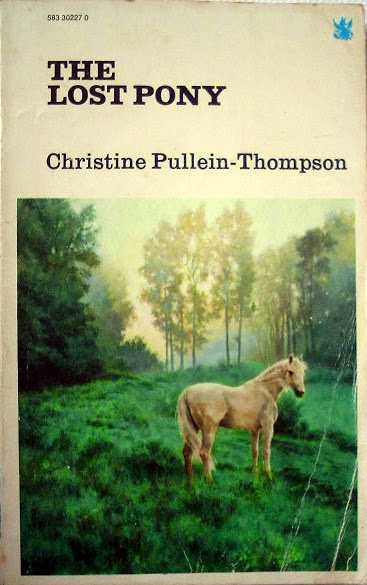 This is the most recent printing, by Cavalier books, run by Christine's daughter. It's a perfectly respectable photo cover, but the Lost Pony is in fact grey, which is just about acknowledged by the Burke paperback, and is quite clear in the other two. It's a difficult science, cover illustration.