- July 18, 2014
Today's PBOTD is another in the J A Allen series. It's Mary Sharp's Second-Best Pony. It was published in 1993, and was the first of the two titles Mary Sharp wrote for the series.

It's unusual in that it features a Fell pony - not a breed which often elbows its way into pony books. There's any number of Welsh ponies, and New Forest, but not so many Fells. At least there are Fells - its cousin the Dales has virtually nothing. 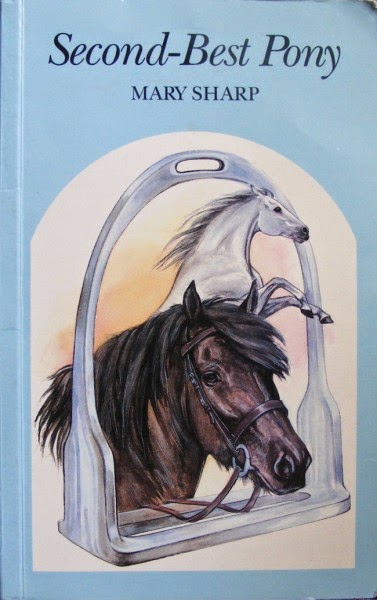 Second-Best Pony is about Becky, who is going on a pony trekking holiday in the Lake District. It should all have been wonderful, but then Becky and her friend Emma manage to lose Storm, a valuable pony, and Becky sets off into the mountains alone to try and find him.