PBOTD 28th May 2014: George Rutherford Montgomery - The Capture of the Golden Stallion

- May 28, 2014
There are some series that sum up my childhood for me, and G Rutherford Montgomery's Golden Stallion is one. Like so many of my childhood favourites, I first met them in our local library. The library didn't go in for gaily coloured dustjackets: the children's section was filled with ranks of uniform series, dustjackets long gone, and if I remember any colour, it's blue-grey. The Dr Dolittles were grey, the Chalet School a faded blue. The library was a very far cry from the bright children's libraries of today, but I don't remember being bothered by the lack of colour on the outside of the books. There was plenty inside. 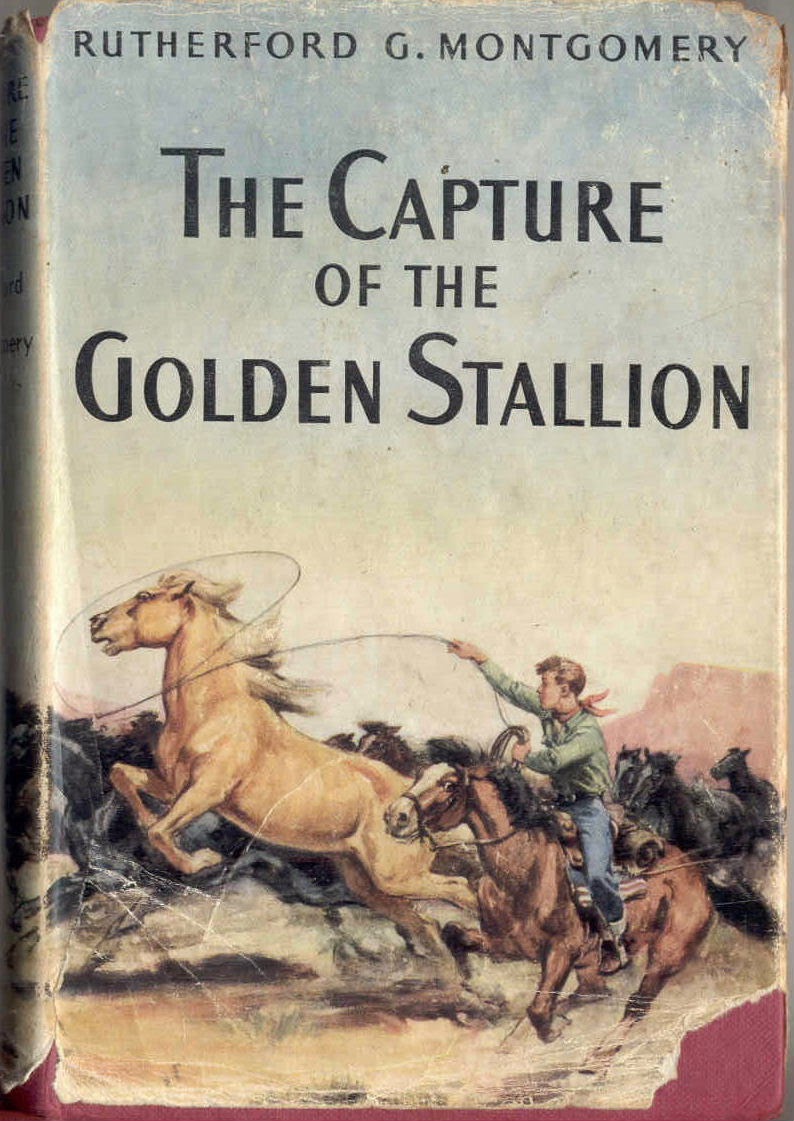 The Golden Stallion series is one of those that manages to combine the wild and the domestic. Hero Charlie lives on the Bar L Ranch with his family, and he catches a beautiful wild stallion, Golden Boy. Although Golden Boy is broken in and ridden, he spends much of his time running wild on the ranch with the Bar L mares, which always struck me as the best of both worlds. Golden Boy is an obliging sort of stallion, and is usually happy to be ridden and leave his mares.

This is one of those series I badly want to collect again, once I've cleared some space. I do like the original dustjackets by George Siguerre, which were the same ones Hutchinson used when they published the series in the UK. They were reprinted in the 1970s with rather pedestrian jackets by Lion.