- May 30, 2014
Natalie Keller Reinert’s heroines are tricky to like, at least at first. The heroine of Ambition, Jules, has come up the hard way. She was the horse-mad girl without the horse, who earned rides and teaching through slog. “I was child labor and I was proud of it,” she says. All she wanted to do was ride. The barn where she worked was for the children of the rich, who soon worked out Jules’ position in the scheme of things: right at the bottom. And they let her know it, “accidentally” spilling shampoo in the troughs she was filling; dropping tack they knew she had to clean in the mud. Because she was just the help, and they could get away with it. It was enough to sour anyone, and Jules is sour. 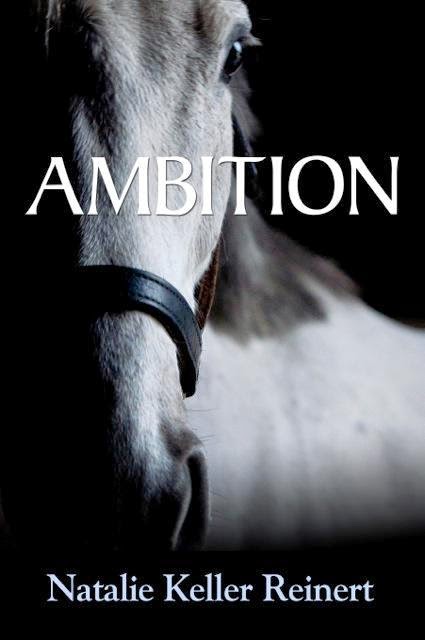 She’s determined she’ll succeed on her own, and if sheer, hard, passionate graft could do it, she’d be in the Olympic team already. But as we find out, it’s not enough. Graft, even when allied to talent, isn’t enough to win you the scholarship you need in order to keep your stable afloat. It’s not enough to work out the problems that beset the marvellous new horse you think will be the one to get you up to advanced level. It’s not enough to make you work out the difficult relationship you have with your working student.

However brilliant Jules is with horses, she is blindingly hopeless with people. She’s one of those who, because they’ve been hurt so much in the past, bites first and asks questions later. She treads, wilfully, all over anyone who dares to come near her. You sympathise with Becky, the working pupil. Jules can’t understand why Becky seems to have gone off her, but we can. Oh, we can.

Despite Jules’ desperate, tearing ambition to get somewhere, she seems intent on sabotaging herself. She simply can’t believe that anyone can approach her simply because they like her, and not because they have some sort of ulterior motive. The dreadful irony is that Jules spends her life sorting out problem horses, but she’s the least sorted out person in Florida.

The brilliance of Natalie Keller Reinert is that she makes you stick with this difficult, prickly, downright unlikeable girl. And if you, like me, do need to find at least something to like in a main character, stick with this book. I promise you you will not regret it.

The turning point for Jules is a brilliantly written disaster. Here in the UK we are not prone to tornados or storms which flatten everything in their path. That’s what hits Jules’ stables. I read the description of this with eyes open wide. It is by turns riveting and petrifying. But it’s when Jules has lost everything apart from her horses, and when she has no option but to accept help, that things start to change for her, and her horses.

This is a beautifully written story. In Jules Natalie Keller Reinert has created a barbed wire heroine who still, despite her arrogance, and her pathetic inability to see the good in people, still has something about her that catches at your heart.

Thanks to Natalie Keller Reinert for sending me a copy of this book.

Ginny_L said…
I have ordered on your recommendation and am now reading on my kindle - my is Jules spikey! I've only read the first few chapters but she's already getting to me. Not sure If I like her, with a chip on her shoulder that big, I'm surprised she doesn't fall more often - but the writing is great - very compelling!
5 June 2014 at 17:13

janebadgerbooks said…
I felt exactly the same - I was tempted to give up on the book, but something kept me reading. How are you getting on with it now?
6 June 2014 at 10:34

Ginny_L said…
Having finished Ambition; whilst I would recommend it, I'm still not sure I enjoyed it. It was quite a fascinating insight into the life of a Florida-based eventer but despite this there really isn't much of a story! You get under the skin of Jules without really understanding her although I agree with your summary. I did think the end suffered from the 'tidying into neat ends' syndrome. BUT is is a really good read..!
27 June 2014 at 11:15

janebadgerbooks said…
Yes, I know what you mean about not enjoying it, and the end is a little pat. I spent the first half of the story not sure how much I liked Jules, and then ended up wondering how much it mattered. I am glad you found it a good read though!
1 July 2014 at 15:34