- January 14, 2011
Anyone who's read Diana Pullein-Thompson's I Wanted a Pony will remember Augusta going to see her cousins ride in a show, "a very posh affair with expensive cups, presented by rich and well-known people."  Augusta has to watch the show with her aunt, from the car, which is parked by the ringside.  Augusta escapes from the stuffy car, to her Aunt's ire:  "Aunt Margaret... said that I was a queer little girl - standing amongst the crowd with the sun in my eyes, when I could be sitting in the car for which she had paid five shillings to park at the ringside."
The show, in fact, sounds rather like the Fifth All-Children's Blairavon Pony Show, for which I have an immaculate and beautiful schedule, preserved in the pages of a Riding magazine from 1938.  Here it is: 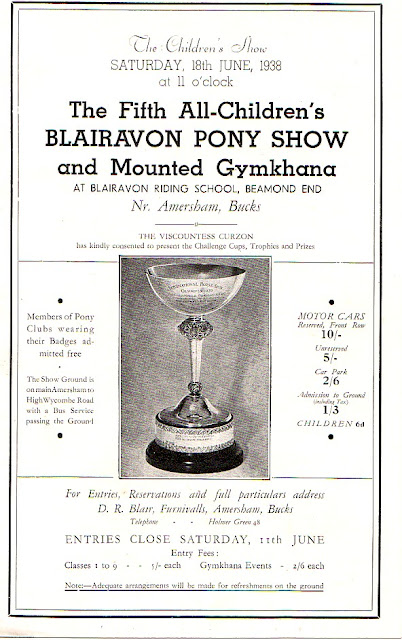 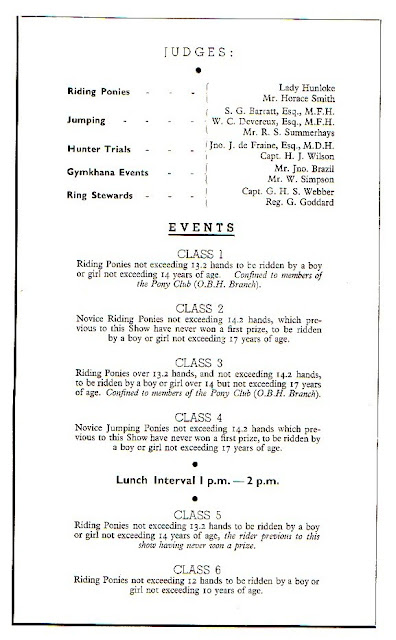 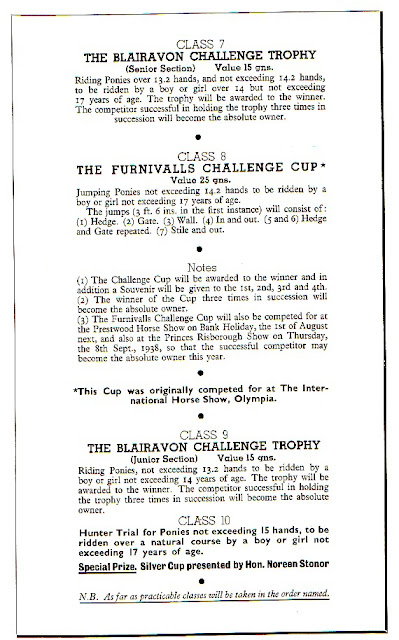 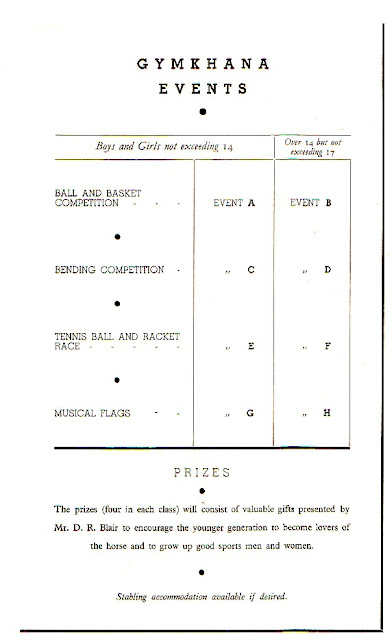 The Horse - Gymkhanas and Shows

Jackie said…
oh, the days when children rode ponies, up to the age of 17!
As opposed to being bumped onto a 16.2hh comprised of roughly 60% horse and 40% leather and metal, aged 13, and being drummed out of pony club for having 'outgrown your pony' if you're still on a 14.2hh Connemara at 14!
I wish I could transport my daughters back to those days - but their riding wouldn't come up to scratch I fear!