- July 20, 2012
Frantic catching up from me today. I've been doing bibliographies for my book, which now has a title: Heroines on Horseback. As all I'm doing is a cut-and-paste job from stuff I've already written, I'm staggered at the amount of time this has eaten up. And they might not end up in the book anyway, because of the CUTS. CUTS!

Dogs still need to be walked though. And daughters taken to London.

I've been doing a different walk, just to get a change, and to keep up with the other village livestock: the pigs. Matriarch pig I know has had a litter. She's been out and about, but not yet with the piglets. Dog has been absolutely fascinated by Mrs Pig, particularly her habit of sticking her snout deep into the water hollow and blowing bubbles (of which there is no photo, as I had forgotten the camera.) 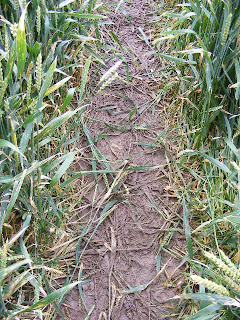 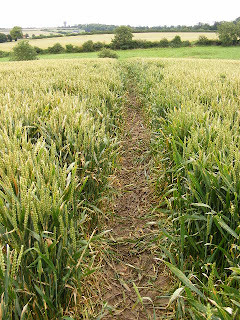 The most bizarre thing about this walk was the book burning. Someone has taken a heap of books down to the stream and incinerated them. Why? Was it revenge? Sheer mischief? 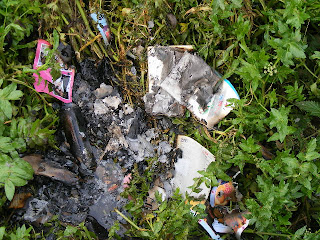 Here is a sheet that escaped the flames, and floated through the tunnel to the other side. 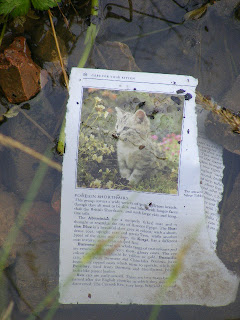 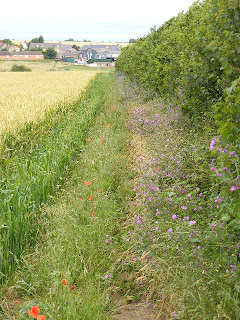 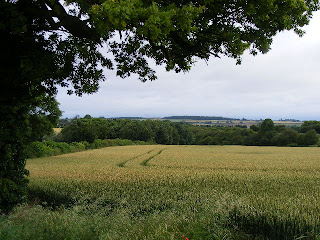 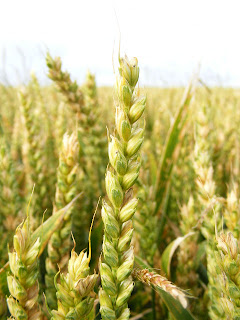 This bit has only been cultivated a couple of years. It used to be field; from the amount of stone that's about, I think there must once have been a building here, or possibly just stone walls. 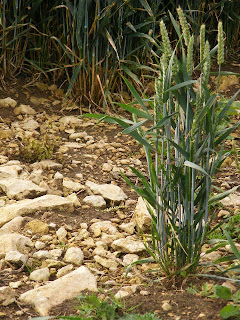